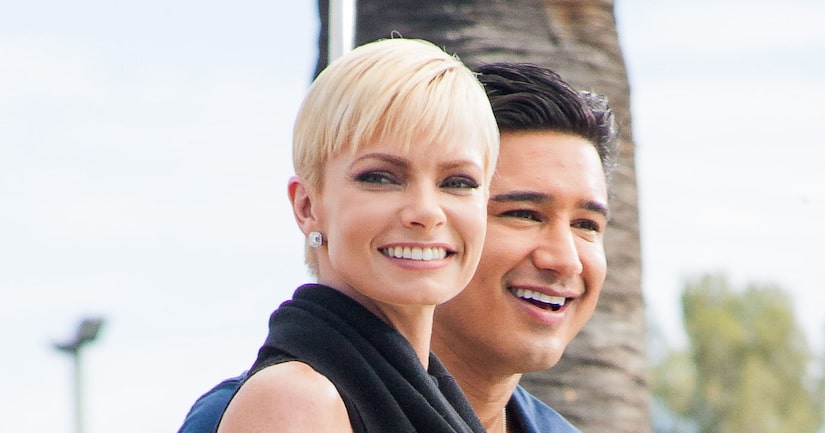 Actress Jamie Pressly joined “Extra’s” Mario Lopez at Universal Studios Hollywood to talk about her TV Land show, “Jennifer Falls” and to also set the record straight on recent reports she had a full mastectomy.

Pressly explained she “almost had a full mastectomy” four years ago. “I went in for surgery to remove scar tissue, and some like lumps were basically caused by bacteria I got during breast feeding, like a mastitis. Once the doctor got inside he realized it was in more areas than he thought, and 2 1/2 hours turned into 7 1/2 hours of surgery. I had almost a full mastectomy, but I still have my breast tissue left. It wasn’t a choice I made, and it had nothing to do with cancer.”

She added, “To put all the rumors to rest, I am fine.”

As for “Jennifer Falls,” Jaime plays a woman trying to rebuild her life from scratch. “My character basically was a really high-powered business executive that loses her job and has to move back in with her mother, played by Jessica Walters, and go to work for her brother at his sports bar. She’s kind of dealing with what a lot of people in the past 10 or 15 years have dealt with the economy the way it is.”