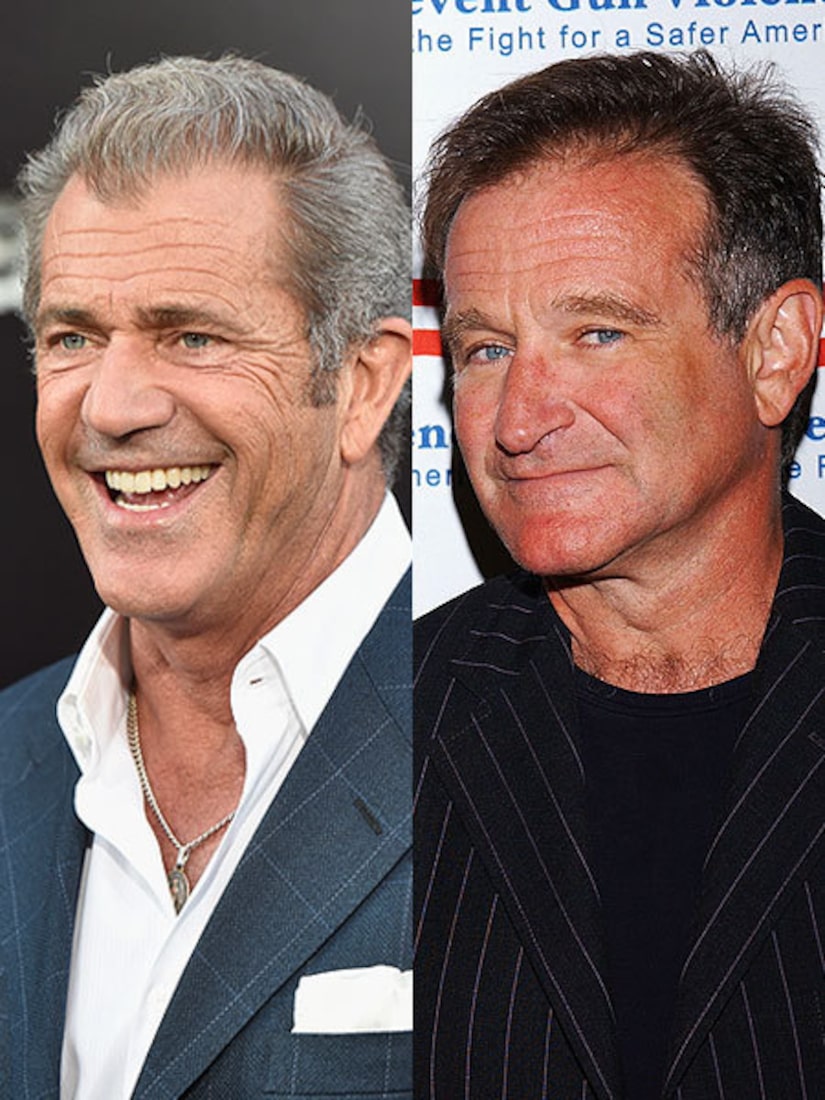 “Extra’s” Renee Bargh was with the stars of “Expendables 3” Monday night at the L.A. premiere, where they expressed their thoughts on the death of Robin Williams.

Mel Gibson said Williams inspired him. “He entertained the hell out of me, and defined that generation. He defined my generation as far as just comic timing… he not only set those very high benchmarks in the world of comedy, he did the same in the acting world. He won Oscars and was able to cross over, a lot of guys can’t do that. He was very talented and he’s gone way too soon. It’s very sad, unspeakably sad.”

Gibson remembered spending time with Robin. “He had a great heart and he was very compassionate and empathetic… one-on-one it was one thing, if there was another person there, suddenly you became an audience member. He would just go into his shtick, and it was an unusual, different timing. What he had was truly unique and we probably never see the like again.”

Arnold Schwarzenegger said he presented the American Cinematheque Award to Williams in 1998. “It's a sad day that we mourn the loss of such a great man.”

Antonio Banderas was shocked to hear the news, “It's a loss, an enormous loss for world cinema.”