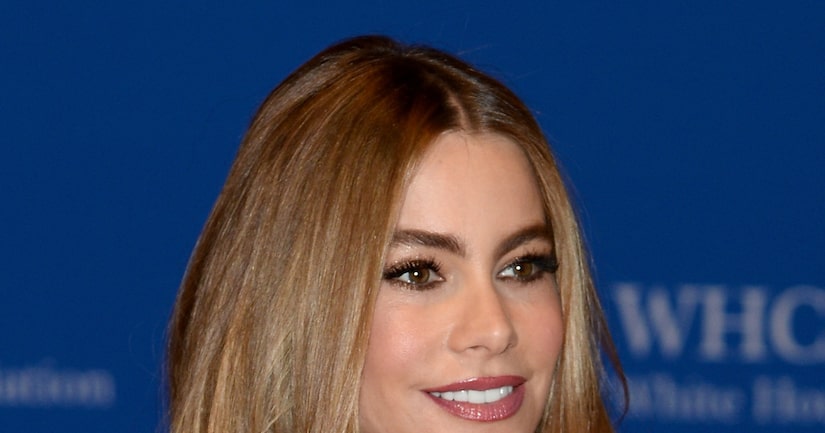 “Extra’s” Terri Seymour sat down with Sofia Vegara to talk about her work with Head & Shoulders, and the TV star also spoke for the first time about her new beau, “True Blood” heartthrob Joe Manganiello.

Vergara said, “You know I'm just having a great time and it's a special time in my life and I'm trying not to think too much about it. It’s something very new so we will see what happens.”

The two have been spending a lot of time together, including in Miami where Joe met Sofia’s family. Asked if Mama Vergara approves, Sofia smiled, “What is there not to approve of?”

Vergara is also launching the #PartofOurFamily contest with Head & Shoulders, shooting a commercial for the shampoo with her mom, son Manolo, her niece and cousins.

The actress explained she and her family have been using the shampoo for 20 years and the idea for using her family as part of the campaign came organically.

Sofia said, “We’re always in contact. They’re in Colombia or they’re in Miami and because of technology, like for example, we all have a chat on WhatsApp. We’re like almost 50 people… They always ask me what I’m doing new and I’m like, ‘Oh I'm shooting this movie in two months.’ One day I’m like, ‘I think I’m going to do a new campaign with Head & Shoulders,’ and then one of them sent a picture of Head & Shoulders, an old bottle in the back of the bathroom. Then they all started sending them.”

Vergara is also currently filming the new season of “Modern Family.”  She said, “We have only shot the first episode last week, so we don't really know what's going to happen, but I am always trying to put pressure and hope that before the whole show ends, we can go one time to Colombia so we can meet Gloria's family.”

If you want to be a part of the #PartofOurFamily contest, which begins August 18, follow @headshoulders and post a photo of your hair with #PartofOurFamily + @HeadShoulders. You'll be eligible for a chance to meet Sofia!