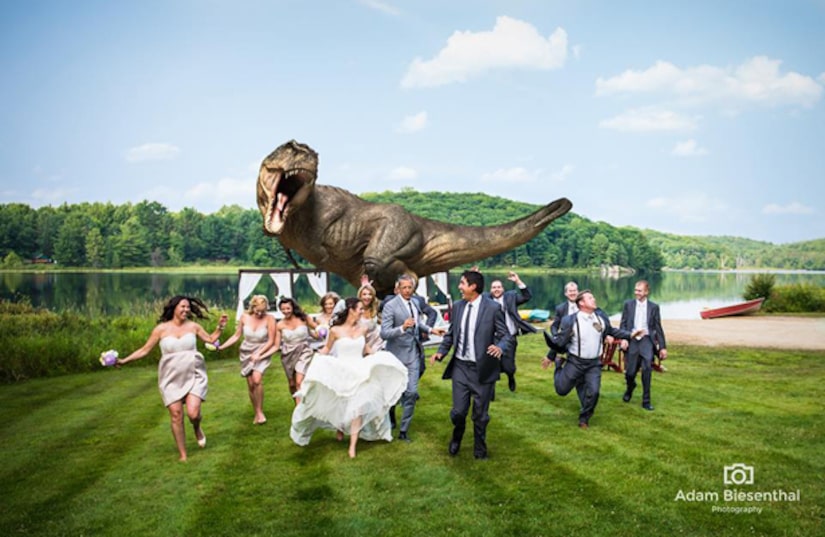 A bride and groom invited Jeff Goldblum to their wedding. What happened next is amazing.

The newlyweds, Pamela and Jesse Sargent, asked Jeff to join them for a “Jurassic Park” pic of the wedding party running for their lives from a T-Rex. The dinosaur would later be added in PhotoShop, of course.

According to wedding photographer extraordinaire Adam Biesenthal, Jeff loved the idea. He told Reddit, “Truth be told, he was a very cool guy, who, when the groom asked him to do this shot, he enthusiastically agreed and as one commenter mentioned, was the only one who really got into character (aside from the one groomsman on the right). Everyone else kept smiling the whole time!”

The result has to be one of the best wedding photos ever.