Family, friends and fans are in mourning following the death on Friday of “American Idol” finalist Michael Johns. 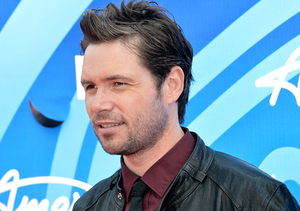 Various reports indicate that Johns sprained his ankle last week, which led to a blood clot. Now doctors are weighing in on how this could have happened.

Internist Dr. Levi Benson told People, "The huge majority of people who get a blood clot do fine. A medical professional can prescribe blood thinners, and the clots usually go away in a few months."

The clots typically develop in the extremities, and can be caused by prolonged immobility due to injury or air travel. Pregnant women are also at risk.

A clot can turn into a deadly pulmonary embolism if it detaches and travels to the lungs, blocking the arteries.

Benson continued, "If the clot is big enough, it gets wedged into the lung vessels and increases the pressure in the heart. This causes the heart to fail. It's like stopping up a pipe or causing an accident on the freeway. All of a sudden you have a big backup."

The doctor added, "It usually takes several days from the original injury for a clot to form," and cautioned that if pain and swelling occur to "seek medical attention.”

To avoid clots after an injury, Benson says to keep moving your extremities and consider physical therapy.

Dr. Campen gave some additional info on blood clots and outlined the symptoms you need to be aware of before it can turn dangerous.