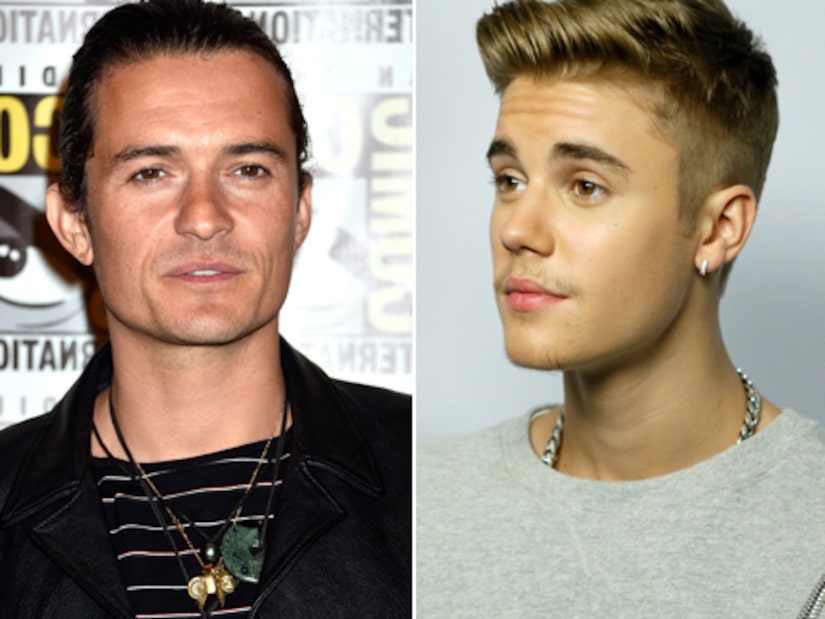 UPDATE: An eyewitness tells "Extra," "Justin came into the club, everyone was having a good time. He went up to a group of people where Orlando was, Justin not realizing or knowing it was Orlando, introduced himself and went to shake Orlando's hand. Orlando blew off the handshake... Justin went to walk away, looked back and Orlando threw a punch. Seemed that Orlando was pissed about something. Justin did nothing to provoke Orlando."

Yikes! Orlando Bloom took a swing at Justin Bieber, and it was all caught on tape.

The actor and singer have reportedly been feuding for years over Bloom's estranged wife, Miranda Kerr.

The ongoing rift came to a head when Bieber walked up to Bloom at an Ibiza restaurant. Watch the video!

There are mixed accounts as to what was said. Daily Mail claims Justin was cordial, while TMZ's insiders say Justin asked Orlando, “What up, bitch?”

Shortly after the incident, Justin posted a picture of Miranda on Instagram, but quickly deleted it. He later posted another of that appeared to be Orlando Bloom crying.

The feud began after Miranda, 30, and Justin, 19, reportedly spent hours cuddling and flirting at a showbiz party in New York in 2012.