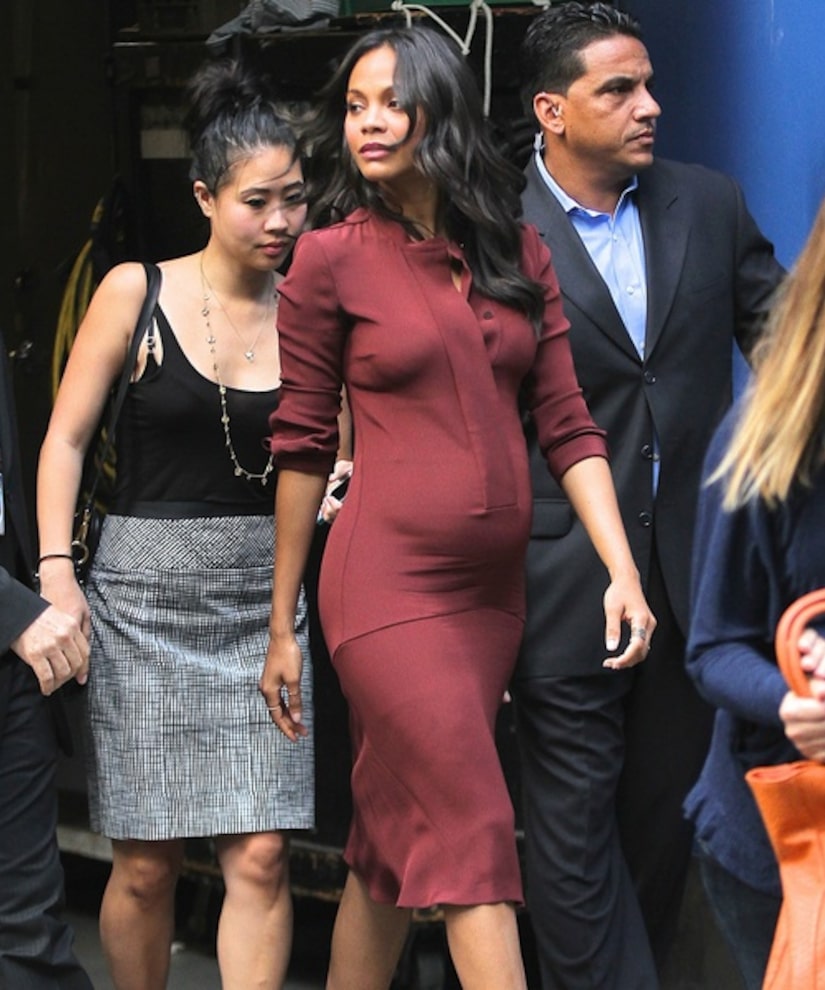 Zoe Saldana remained mum about her growing baby bump as she hit the promo trail for her new film, "Guardians of the Galaxy."
The actress was spotted Monday wearing this curve-hugging dress as she entered the New York studios of ”Good Morning America.”
The extremely private star is reportedly expecting her first child with artist husband Marco Perego, and neither has made an announcement confirming the happy news. 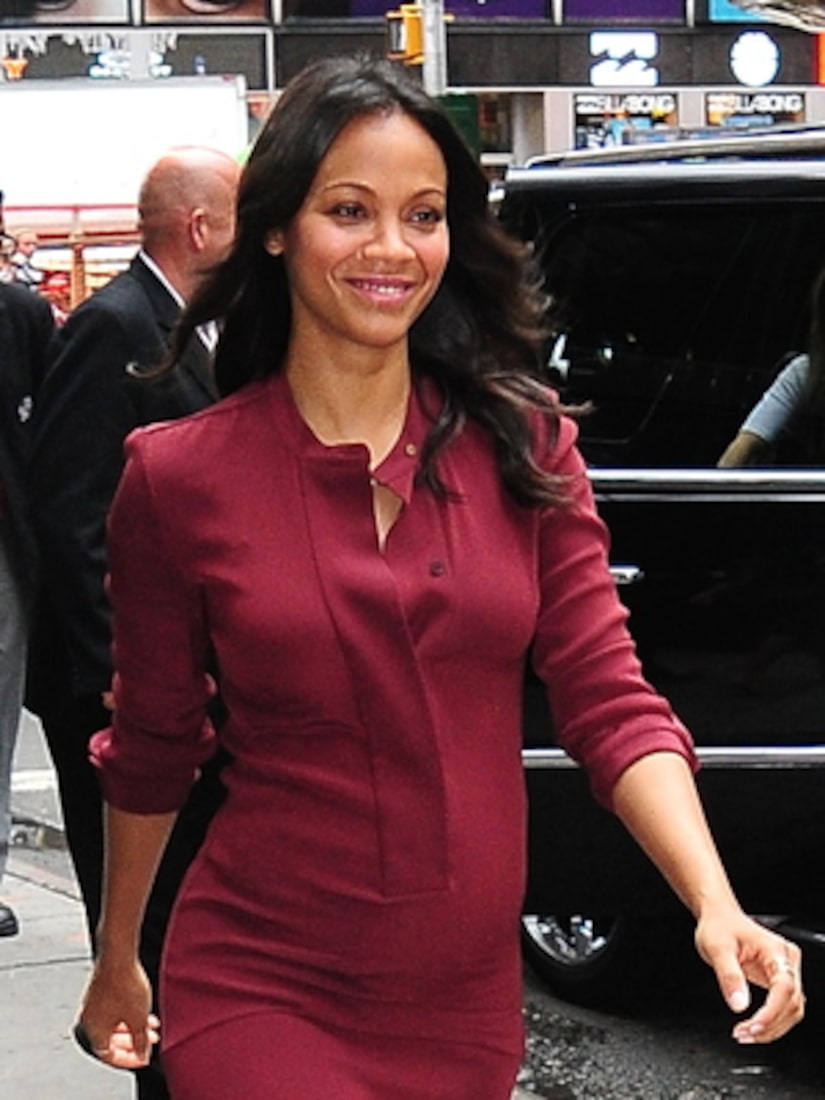 Some sources report the two are expecting twins.