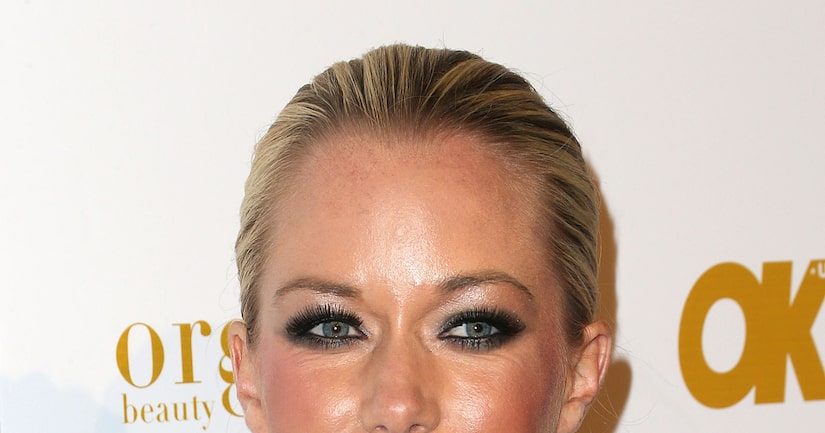 Reality TV star Kendra Wilkinson is reportedly over her marriage to Hank Baskett, and ready to go out on the town.

Following last month's news that Baskett allegedly had an affair with a transsexual model, Wilkinson was recently spotted without her wedding ring, partying with friends.

An insider told People.com, "Hank and Kendra are on speaking terms, but she's still so mortified by the situation. [The cheating] happened before, but she's done [with the marriage]. It's more about the kids and the finances now. She's an optimistic person and wants people to know she's doing better, which is why she's going out."

As for Kendra's night out, one eyewitness said, "They were celebrating a girlfriend's birthday. She wasn't on the prowl, but she was open to talking to guys and just having fun."

Wilkinson gave birth to her second child, daughter Alijah, in May. Wilkinson and Baskett also have a son, Hank Jr., 4