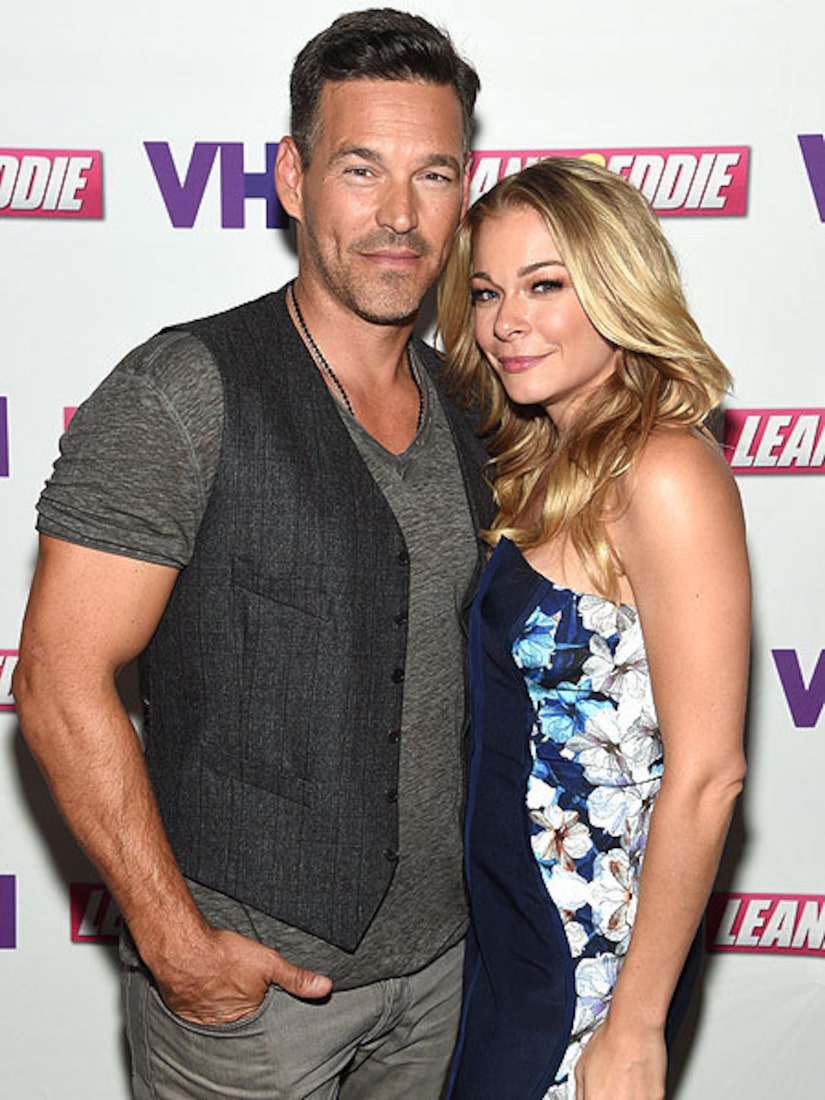 Eddie Cibrian and LeAnn Rimes joined “Extra’s” Mario Lopez at Universal Studios Hollywood, where the couple talked about how they told Eddie’s two children (with ex-wife Brandi Glanville) about their affair.

Rimes explained that the boys, Mason and Jake, were the ones who asked. “The kids actually came to us and asked, very nonchalantly over dinner, and Eddie was very honest with them in a way that you can be with a 7-year-old and 11-year-old. He’s always the first person to say how much he loves me, and they see that in our house, and they feel that, so I think it’s important not to lie children. They understand way more.”

LeAnn continued, “We both never want them to come back and say, ‘You weren’t honest with us about this.’ They’re very open with us, which us cool.”

LeAnn and Eddie also took part in "Extra's" first couples showdown quiz, squaring off against Mario and his wife Courtney.