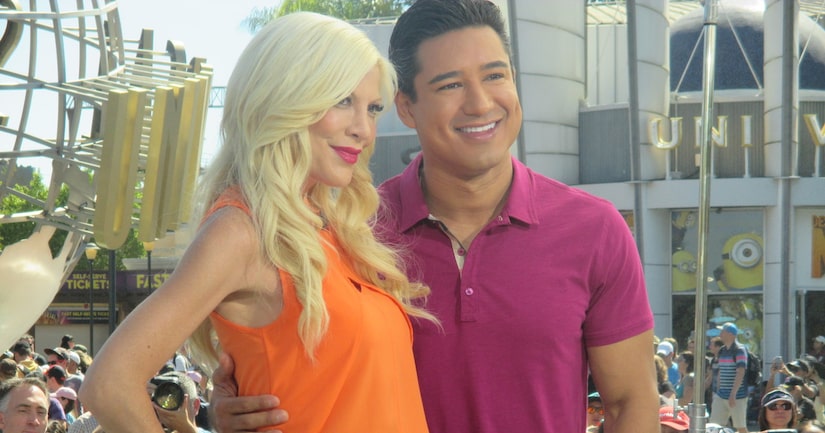 Actress Tori Spelling visited “Extra’s” Mario Lopez at Universal Studios Hollywood, where she talked about her ABC Family show "Mystery Girls" and how she and husband Dean McDermott are doing after their public marriage counseling on “True Tori.”

Spelling explained, “It’s been a hard year. It’s been a very public year. We’re working on it… marriage takes work and in light of everything that happened, we’re working toward a positive outcome. We’re a family and we’re staying together as a family and committed to that.”

Tori said she has no regrets about putting her personal life on display. “Obviously, if it hadn’t been made public initially, I wouldn’t have done it. I never would’ve gone that path. I would have kept it private and dealt with things, but it was so public when everything came out, that I felt that was the best choice at the time.”

Spelling is now back to work on the ABC Family show “Mystery Girls” with her friend and former “90210” co-star Jennie Garth.

The actress said, “It’s about two girls who in the ‘90s were on a hit mystery show. It's a little wink, wink at ‘90210.’ Jennie Garth's character goes off to live in suburbia, while Holly, my character, kind of clings to fame. We reunite 14 years later and open our own detective agency.”