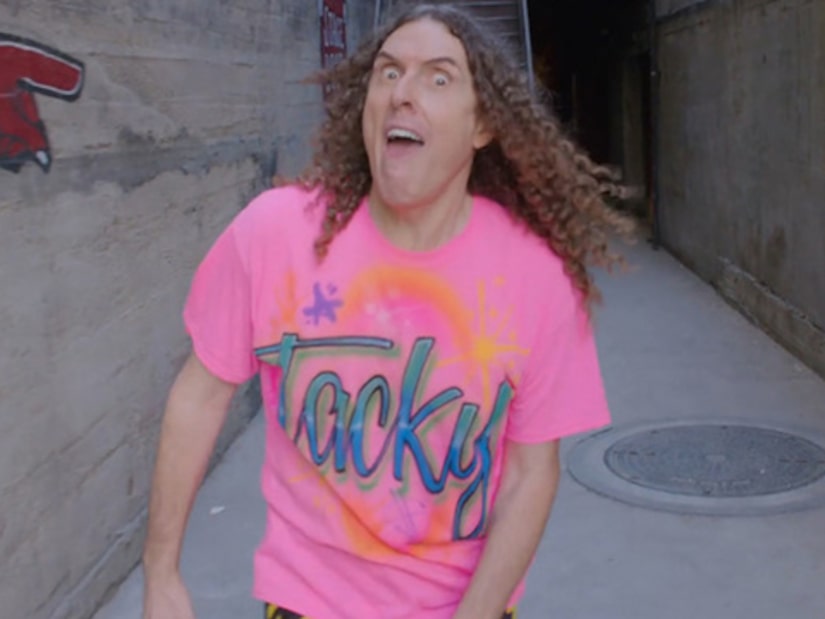 In the clip, Yankovic and famous friends like Aisha Tyler, Jack Black and Eric Stonestreet dress up in wild and wacky costumes and dance to the hilarious version of the popular tune.

Do You Want Pharrell's Hat? It's for Sale?

At one point, Stonestreet lipsyncs, "Wear my Ed Hardy shirt with florescent orange pants. Got my new resume, it's printed in Comic Sans!"

Black adds, "43 bumper stickers and a YOLO license plate, bring along my coupon book whenever I'm on a date. Practice my twerking skills at the DMV, took the whole bowl of restaurant mints because they said they're free."

“Tacky” is the first single from Weird Al's new album “Mandatory Fun,” which hit went on sale July 15. The singer is set to release seven more videos over the next seven days.