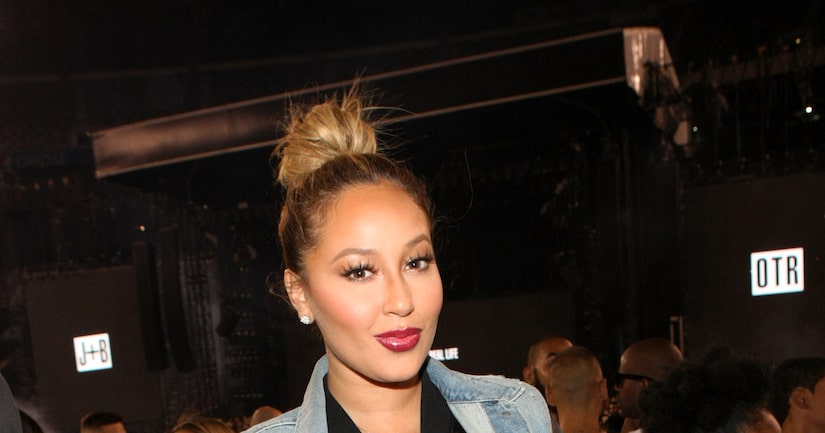 “Extra” was with “The Real” co-host Adrienne Bailon as she began the process of removing a tattoo of ex-boyfriend Rob Kardashian’s name.

Bailon dated the reality TV star five years ago and is looking forward to finally removing the ink. “I’m excited, anxious, excited more than anything. I think I’ve waited a long time, long enough, to have this officially gone.”

The talk show co-host said living with the tat has been the most painful part. “I thinking living the last six years with somebody’s name on your body is a little weird and that’s more painful, like, you know, to have to explain it to my kids.”

She also has had to explain it to her current boyfriend, Roc Nation’s Lenny S, who has been completely supportive. “It’s great that he’s somebody that wants it gone, but not in a selfish way. He wants it to be done right, and it won’t be something that will damage my skin and I’ll be scarred for life.”

Adrienne admitted she has had two unsuccessful attempts to remove the tattoo, but is now turning to Dr. Jeremy Brauer of New York, and his latest removal tool, the PicoSure Laser.

Bailon explained, “What I love about the PicoSure Laser is that it can work on people who already attempted to remove their tattoos and it hasn’t worked before… I’m excited to see how this works. I know it won’t be completely gone in one session, but that there will be a drastic change.”

Dr. Brauer predicted Adrienne might only need five treatments and told “Extra” the PicoSure Laser actually shatters the tattoo particle and is the first major breakthrough in tattoo removal in 20 years. “All other devices that exist are nanosecond lasers, so this is a thousand times shorter pulse duration.”

After the first treatment, Bailon said, “I’m not going lie to you… I was so nervous. I had really painful experiences before doing laser tattoo removal before, like smelling my flesh burning. With this, I literally didn’t get to the chorus of a song and it was done. I love the fact [Dr. Brauer] used an ice pack and numbing cream. This was painless.”