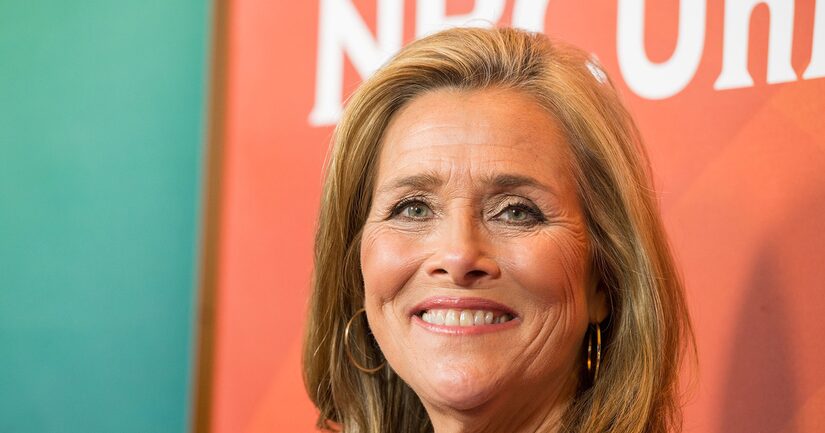 “Extra’s” Terri Seymour caught up with Meredith Vieira at the NBC TCA presentation, where the former “The View” co-host weighed in on Rosie O’Donnell’s return to the morning show.

Vieira said, “I think it's great. I wasn't totally surprised, but once you leave a place it's not always easy to come back.”

As for who should join Rosie and Whoopi Goldberg, Vieira added, “It’s the gelling, that’s the magic, and you cannot predict that… I think they're going to have to work very hard to put together four people that really click.”

When asked about rumors Sarah Palin might join the panel, Vieira responded, “Sarah Palin is very polarizing, so I don't know. I’m sure they’d like a conservative voice.”

Meredith also opened up about her new talk show, “The Meredith Vieira Show,” saying she is looking forward to connecting with people. “We designed the set to look exactly like my family room. It's bringing in some of my furniture, which has been destroyed by the animals, so people are going to look at it and go, ‘God, our place is so much better than Vieira's!’ You’re going to feel that your spending an hour in my home with me. I want to laugh, I want to cry when it’s necessary, inform people, and mostly inspire them.”

The TV veteran would not reveal any guest names as yet, but did say, “I would love to get together the three woman from ‘The First Wives Club,' if I could have those three, that would be fantastic.”