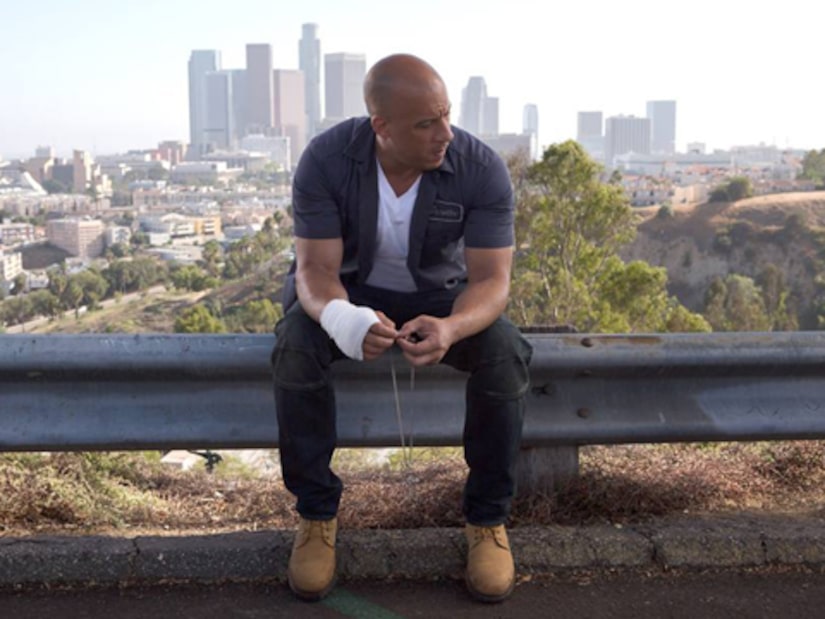 Thursday was an emotional day for the “Fast & Furious” family as they wrapped filming on the seventh movie in the franchise.

The team behind the franchise shared the moment with fans via their Facebook page.

The post included the “last shot in the production” -- a photo of Dominic Torretto (Vin Diesel) sitting on a guardrail with the city of Los Angeles in the background.

Pics: Paul Walker's Brothers On the Set of 'Fast & Furious 7'

The message said, “We wanted to take this moment to express how thankful we are for your support. We felt the love and strength from our fans throughout this journey, and it's because of you that we got here.”

The post continued, “There was a time when we didn't know how we could go on, or even if we should. But we listened to you, and you inspired us not only to keep going but to try and make the best FAST & FURIOUS movie yet.”

It turns out it was Vin who kept the group going after Paul Walker's death in a car crash last November.

“When we had to stop production last year, Vin gathered us back together and moved us forward when we needed it most. He led us to this day.”

The team noted, “Our family is big and strong but it won't ever quite be whole again without Paul.”

Michelle Rodriguez also shared a photo with friends on Instagram, with the caption, “Ride or Die through thick and thin 15 yrs later surreal to think we made it through such a tough painful production. But this ones for you P I hope we make you proud love you.”