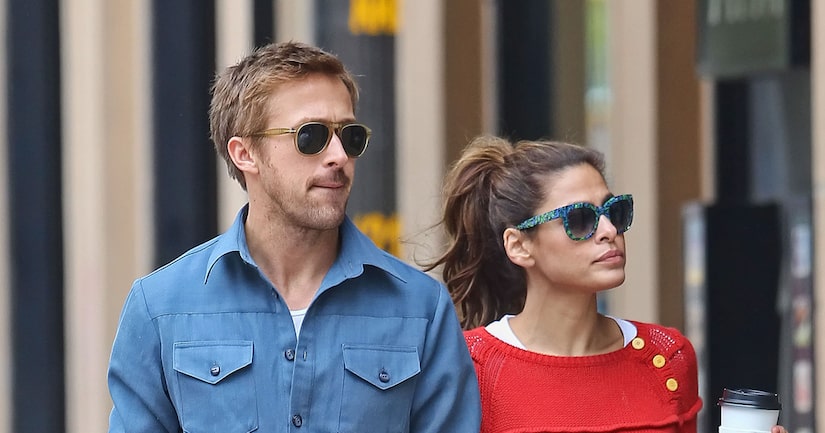 People.com confirmed the news, adding that Mendes is due in October.

Mendes' friend told People that “with Ryan things are different … she's very independent but she's content with her partner. She finally found the person she really wants to be with.”

Talk show host Ellen DeGeneres also semi-confirmed the news when she tweeted on Wednesday, “Congrats to @RyanGosling and @EvaMendes! That's going to be the most beautiful, bilingual, part-superhero, well-dressed, romantic baby ever.”

Congrats to @RyanGosling and @EvaMendes! That's going to be the most beautiful, bilingual, part-superhero, well-dressed, romantic baby ever.

Eva made an appearance on “The Ellen DeGeneres Show” in February, laughing off rumors she was pregnant. "It all started because I didn't want to go through the scanners at the airport. You know, those X-ray scanners, which are really creepy. They basically see you naked, right? And not only that, but there's a radiation aspect to it, so I always opt out. I always ask for a personal pat-down.”

The stars began dating in 2011 after starring in the dark indie “A Place Beyond the Pines” and more recently collaborated on Gosling's directorial debut, “Lost River,” which premiered at Cannes this year.