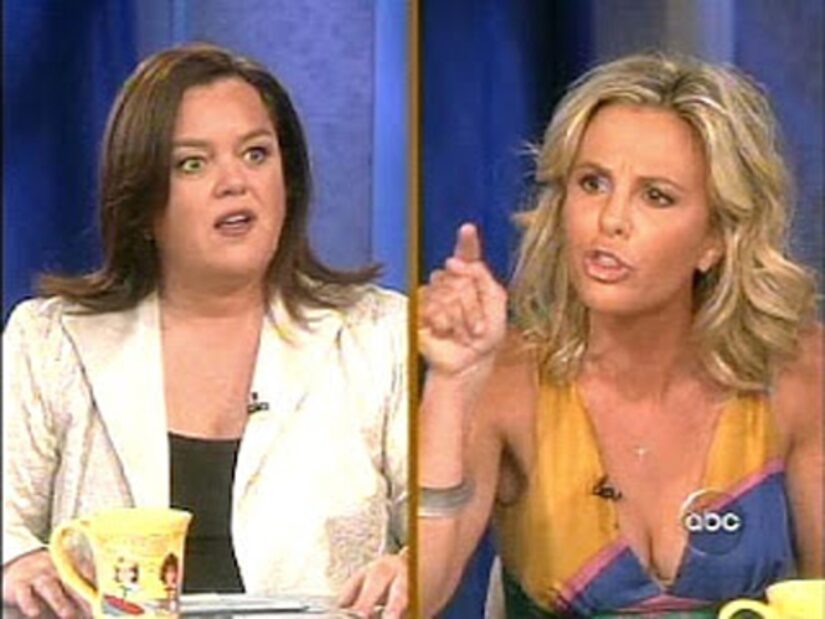 UPDATE: Former "View" co-host Joy Behar wants Elisabeth Hasselbeck to explain herself, after she told “FOX & Friends” that Rosie O'Donnell spit in the face of the military.

In Elisabeth Hasselbeck's world, nothing ruins a vacation like hearing Rosie O'Donnell is returning to “The View.”

Hasselbeck called into “FOX and Friends” on Wednesday to opine on reports that her former nemesis would be back on their old show next fall.

"What could ruin a vacation more than to hear news like this?" Hasselbeck said.

Hasselbeck added that she thinks the deal has been in the works for a long time, partly because of the way Rosie acted at Barbara Walters' retirement party.

Elisabeth said the comedian walked around the studio "with a lot of control" and took credit for planning the celebration. Watch the video!