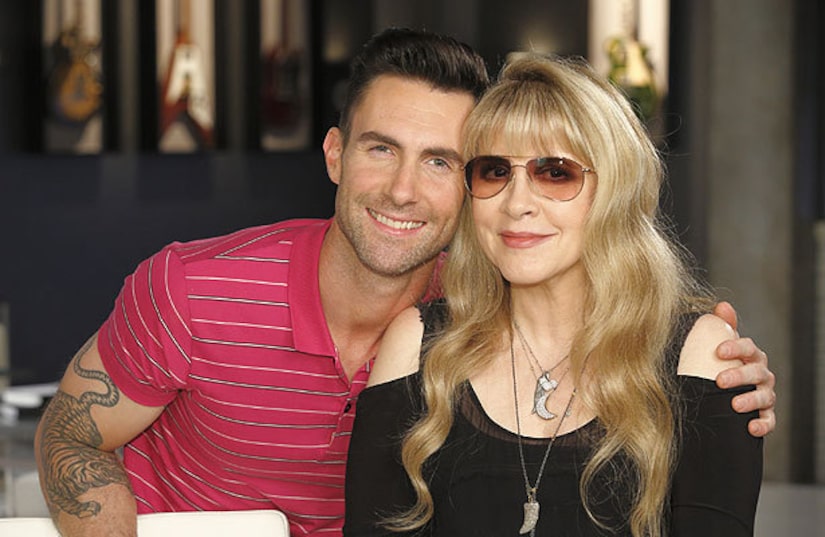 It is almost time for Season 7 of “The Voice,” and the all-star coaches are locking in some serious talent to join them as guest mentors.

Stevie Nicks will be joining Adam Levine’s team as his mentor, and “Extra’s” Terri Seymour was with Levine and Nicks to talk about the exciting news.

Nicks is no stranger to the show, and she may just be Levine’s good luck charm. After she performed "Landslide" with Team Adam in the finale of Season 1, Adam’s contestant Javier Colon went on to win the title. Stevie laughed with Seymour, “I won the first season, actually. I did! I flew in, barley made the show, no rehearsal, then Javier won. I looked at Adam and went, ‘He won!’”

All joking aside, Stevie is excited to be a part of “The Voice.” She said, “I just think it's a great show… Adam would never be sitting here seven years later if this wasn't a great show.”

As for the new “Voice” coaches Pharrell Williams and Gwen Stefani, Levine said, “It was smooth sailing from the beginning. They are frighteningly good at it.”

Season 7 of “The Voice” premieres September 22 on NBC.