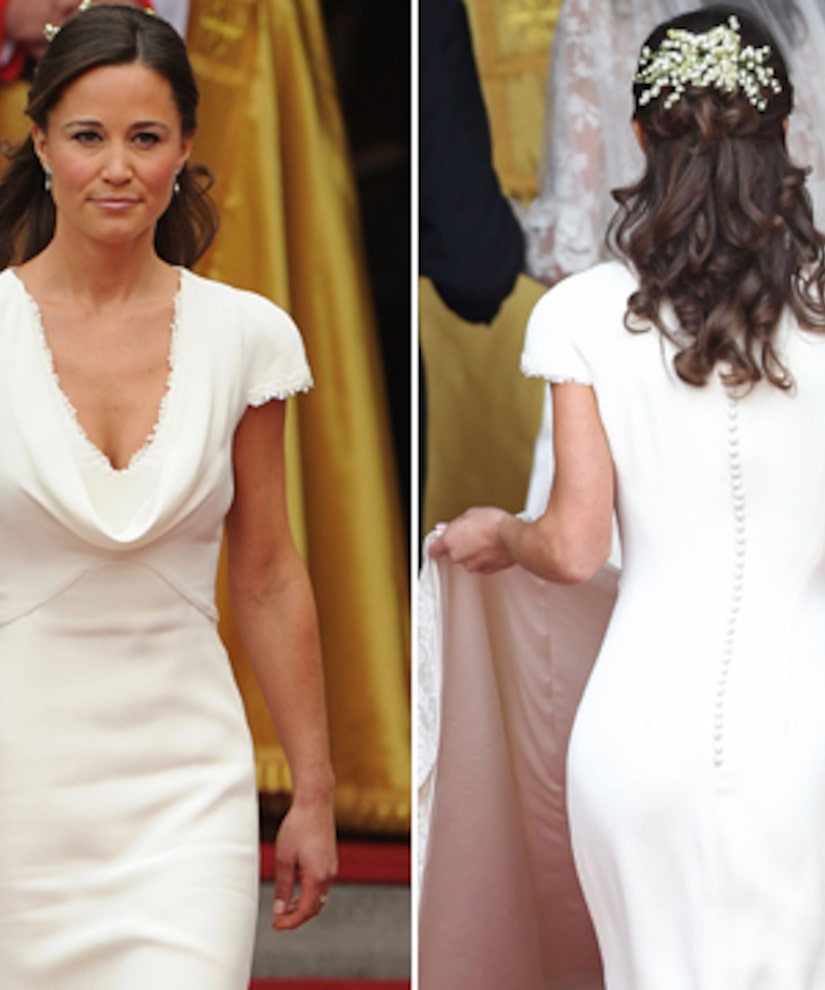 She's one of the most recognizable faces in the world, but Pippa Middleton has never done a TV interview… until now!

Middleton sat down with “Today's” Matt Lauer to talk about the royal wedding, her famous derriere and more.

When Lauer asked about William and Kate's wedding, Pippa admitted, "We saw it as just a family wedding. And actually, I didn't realize, perhaps, the scale of it until afterwards."

She added, "We all took on the roles as any family would."

It wasn't until she joined the newlyweds on the balcony of Buckingham Palace after the ceremony, and looked out at the throngs of people that the significance of the wedding really started to sink in. That's when she started to realize, "Wow, this is pretty special."

Middleton also revealed that the attention she received for her famous bum was embarrassing, adding that her bridesmaids dress was actually chosen to blend in with Kate's gown!

"I think the plan was not really for it to be a significant dress,” she said. “Really just to sort of blend in with the [wedding dress] train.” See the interview!

Where is it now? "It's actually still in my wardrobe at home … I think it's the sort of thing that I'm sure I'll bring out if someone wanted to see it or my children one day want to see it. Then I'll show them."

Overnight fame hasn't been easy for Pippa, who is sometimes the subject of cruel comments online. “I have felt publicly bullied a little bit, when I read things that clearly aren't true… it is quite difficult, because really I'm just trying to pave my way and live a life like any 30 year old.”

She added, “I think people feel they can say something about you online or on a webpage when they would never say it to your face… it has been difficult.” Watch the video!