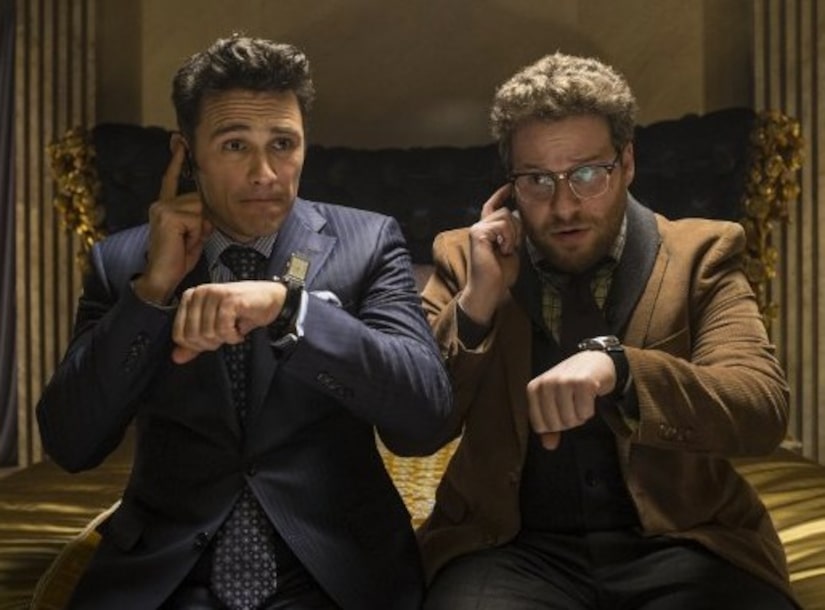 James Franco and Seth Rogen could inadvertently start a war between North Korea and the US!

Their upcoming comedy, “The Interview,” is causing controversy in that country because it depicts a talk show host (Franco) and a producer (Rogen) scoring an interview with North Korean leader Kim Jong-Un, and then being recruited by the CIA to assassinate him.

The state-run Korean Central News Agency reports that the North Korean government is prepared to retaliate if the film is released as planned in October.

A spokesman for its Foreign Ministry said, “If the United States administration tacitly approves or supports the release of this film, we will take a decisive and merciless countermeasure.”

The statement continued, "Making and releasing a movie on a plot to hurt our top-level leadership is the most blatant act of terrorism and war and will absolutely not be tolerated.”

Rogen isn't too worried about the international controversy. He tweeted the other day, "Apparently Kim Jong Un plans on watching #TheInterview. I hope he likes it!"