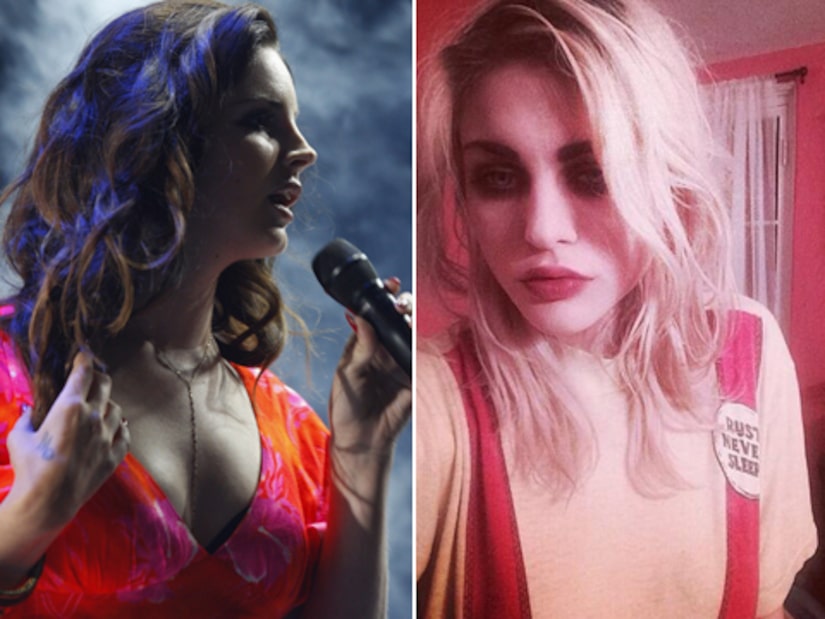 Singer Lana Del Rey came under fire after she told The Guardian, “I wish I was dead already.”

Frances Bean Cobain, daughter of Courtney Love and late Nirvana frontman Kurt Cobain, slammed Del Rey in a series of tweets for talking about her father and other musicians like Janis Joplin and Amy Winehouse who died at a young age.

Frances said, "I'll never know my father because he died young & it becomes a desirable feat because ppl like u think it's 'cool'."

Now, Del Rey is trying to explain herself to Frances Bean.

Lana tweeted, "It's all good. He was asking me a lot [about] your dad I said I liked him because he was talented not because he died young.”

She continued, "The other half of what I said wasn't really related to the people he mentioned. I don't find that part of music glam either."

After the interview, Del Rey criticized Guardian reporter Tim Jonez for his “sinister ambitions” and “leading questions.” He denied the claims and posted audio from the interview.