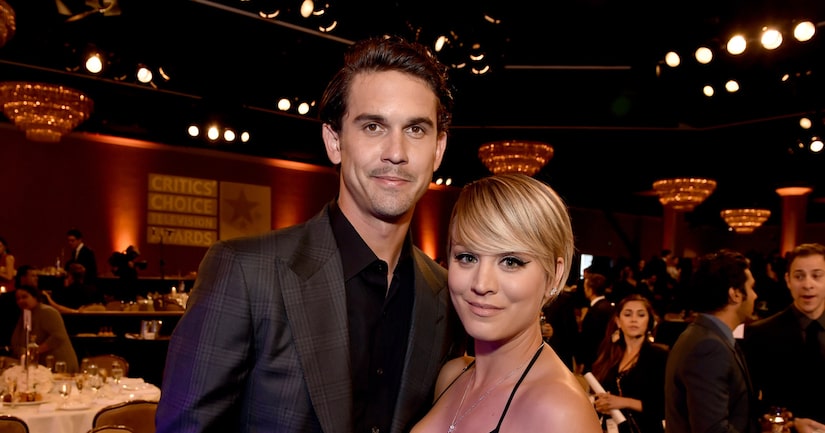 “The Big Bang Theory” star Kaley Cuoco-Sweeting shined on the red carpet at the 2014 Critics’ Choice Television Awards, sporting an even shorter hairstyle.

Kaley recently debuted the new pixie look, telling “Extra’s” Terri Seymour that husband Ryan Sweeting loves it. “I made sure before I cut it, you know, because most men aren’t huge fans of the short hair, and I said, ‘Are you going to be okay with this?’ He was so sweet. He’s like, ‘Do whatever you want’ and now he keeps saying shorter, shorter, he loves it. He likes the neck.”

The actress also said she is having more fun with short hair then she ever did with long hair, and she isn’t sure if she will go even shorter.

“This is pretty short… I might have to go shaving my head next. I don’t know if there’s much more to cut off, but you never know.”