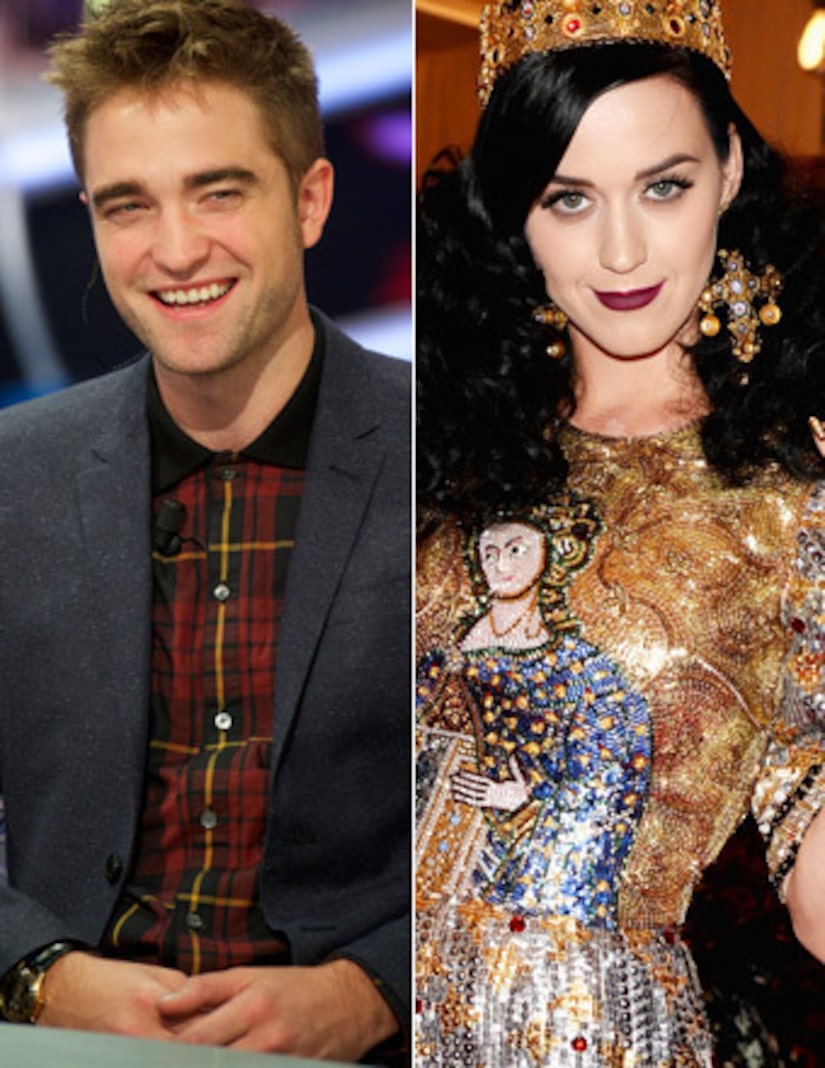 Maybe there is some truth to those Robert Pattinson and Katy Perry romance rumors!

Katy attended the premiere after-party for Rob's new movie “The Rover” at Whiskey Blue at the W Hotel in Hollywood.

An insider told PageSix, “Robert joined Katy on the patio. They were heavily flirting. At one point, he sauntered to the bar with a pal and was heard saying, 'She's so hot,' while nodding in Katy's direction.”

Too bad Pattinson seems to be stuck in the friend zone.

Katy once told Elle UK, “OK, so here's the proof there was never anything going on with me and Robert Pattinson… I fart in front of him. Properly fart. And I never, ever fart in front of a man I am dating. That's a rule.”