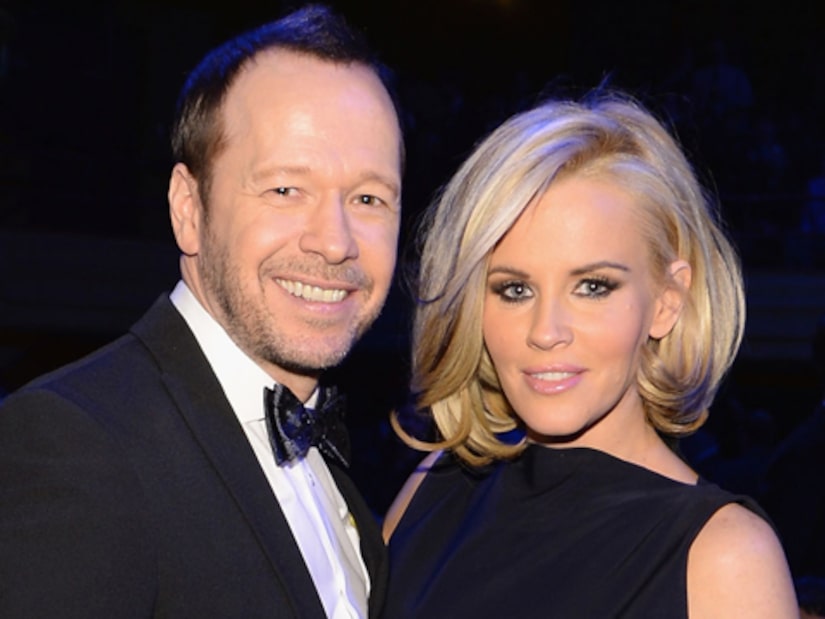 “Extra” caught up with Jenny McCarthy and Donnie Wahlberg at the opening of the New York hotspot the Attic, where they dished on their wedding plans!

The couple made it clear that their nuptials won’t be as lavish as Kim Kardashian and Kanye West’s.

Donnie assured, “We’re not getting married in Istanbul with eight million guests,” before Jenny jumped in to say, “I won’t have three dresses.”

Wahlberg added, “No seven dresses, not going to happen… that’s their thing, good for them.”

Instead, the couple might opt for a wedding at Applebee’s!

A few weeks ago Jenny joked with the Boston Herald that Kimye’s wedding made her want to get married at the chain restaurant. Applebee’s responded with by tweeting Jenny an invitation to get married at one of their locations.

Jenny told us, “I thought it was very cute that Applebee’s tweeted us, so we went in on it, we actually said maybe we should have them do the appetizers.” Donnie added, “Or the wedding rehearsal dinner, it was really sweet of them.”

Jenny and Donnie Want Another Celeb to Officiate the Wedding...

The couple admitted they haven’t actually begun planning, and are just enjoying the engagement.