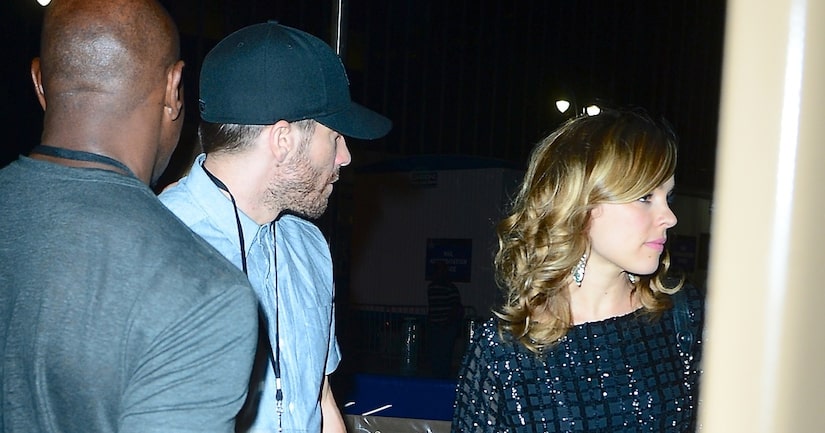 Actors Rachel McAdams and Jake Gyllenhaal would make a really cute Hollywood couple, if the romance rumor mill is to be believed.

The two have been spotted looking cozy together in the past few days, and even though they are co-starring in the movie “Southpaw,” the onscreen chemistry may be spilling into real life.

On Saturday, McAdams and Gyllenhaal caught the Miguel Cotto vs. Sergio Martinez boxing match at Madison Square Garden. “Southpaw” centers on a boxer.

Then, adding some extra fuel to the speculation, on Tuesday the actors shared a meal at Pittsburgh's Meat and Potatoes restaurant.

A fan captured an image of the duo's dinner on Instagram, captioning it, "Why is my girlfriend Rachel McAdams eating dinner with Jake Gyllenhaal?"

McAdams is known for dating her co-stars, having had a relationship with her “Notebook” love Ryan Gosling and with “Midnight in Paris” co-star Michael Sheen.