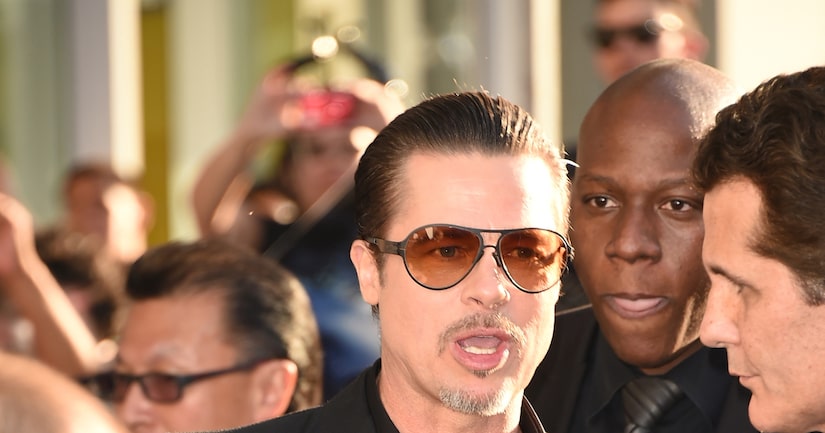 While attending the L.A. premiere of “Maleficent” with fiancée Angelina Jolie and his family, Brad Pitt was accosted by notorious Ukrainian ex-journalist Vitalii Sediuk on the red carpet.

Now, Pitt has given his account of the incident to People.com.

The “World War Z” actor explained, "I was at the end of the line signing autographs, when out the corner of my eye I saw someone stage-diving over the barrier at me. I took a step back; this guy had latched onto my lapels. I looked down and the nutter was trying to bury his face in my crotch, so I cracked him twice in the back of the head -- not too hard -- but enough to get his attention, because he did let go. I think he was then just grabbing for a hand hold because the guys were on him, and he reached up and caught my glasses."

Pitt added, "I don't mind an exhibitionist, but if this guy keeps it up he's going to spoil it for the fans who have waited up all night for an autograph or a selfie, because it will make people more wary to approach a crowd. And he should know, if he tries to look up a woman's dress again, he's going to get stomped."

Meanwhile, Jolie was in Shanghai on Monday to promote “Maleficent,” and told reporters that her fiancé's run-in with Sediuk was unfortunate but an “exception to the rule.”

She said, "Most fans are just wonderful. We've had a wonderful experience over the years, and we're very grateful for their support, and it will not change the way we behave."

Angelina also praised her "strong man" for handling himself "perfectly" after being rushed by the former Ukrainian reporter.