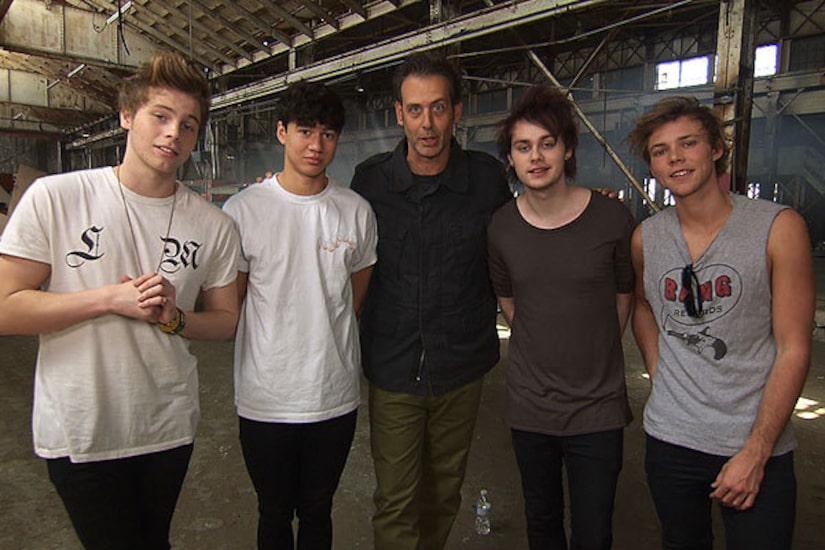 "Extra" Senior Music Correspondent Adam Weissler was with Aussie rockers 5 Seconds of Summer on the set of the music video for their latest single, "Don't Stop."

Adam chatted with band members Luke Hemmings, Michael Clifford, Calum Hood and Ashton Irwin about the band's quick rise to fame; they had gone relatively unnoticed after playing together for a few years.

The band also chatted about their relationship with boy band One Direction, actually playing their own instruments, and why they're still confused by the attention they now get from their female fans.

5 Seconds of Summer just released their much-anticipated self-titled album, and have announced a huge upcoming show on Saturday, November 15 at the Forum, their first headlining on arena.

Ticket pre-sales begin at the Forum's box office on Saturday, July 26 at 11 AM.

Go here for the latest info on the band.