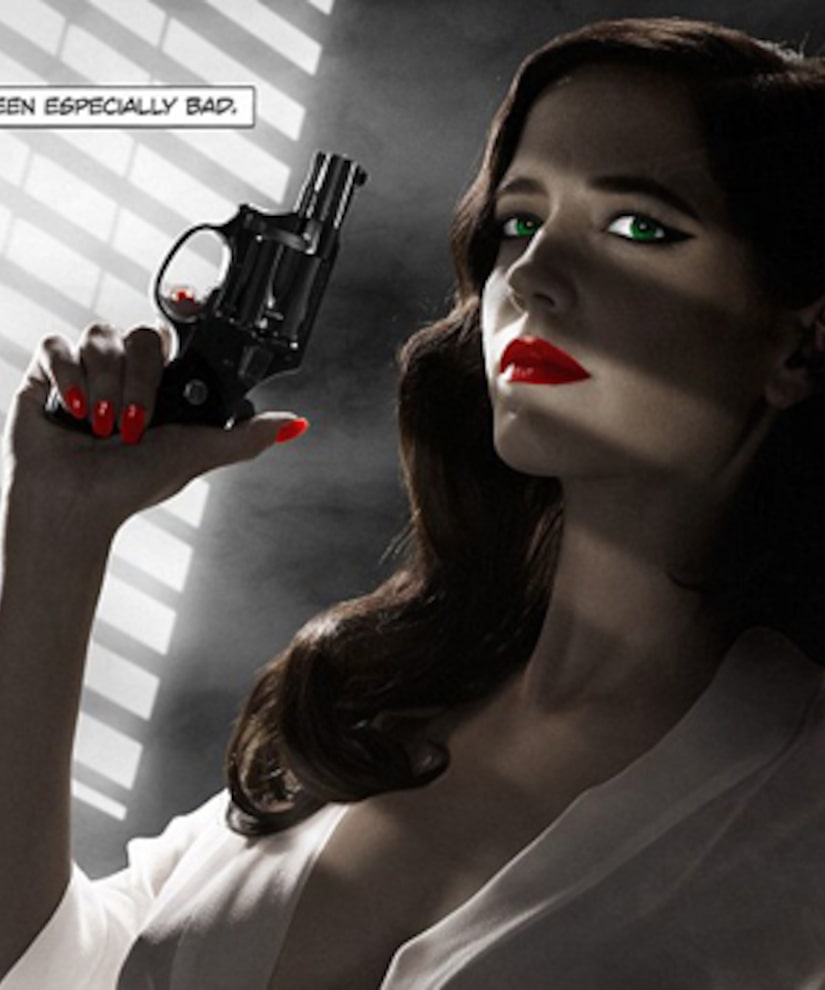 Eva Green's racy “Sin City: A Dame to Kill For” poster is just too darned sexy for the MPAA.

Sources told Deadline.com it was banned “for nudity — curve of under breast and dark nipple/areola circle visible through sheer gown.”

The smokin' hot poster features Green holding a revolver, and leaving little to the imagination in a sheer robe.