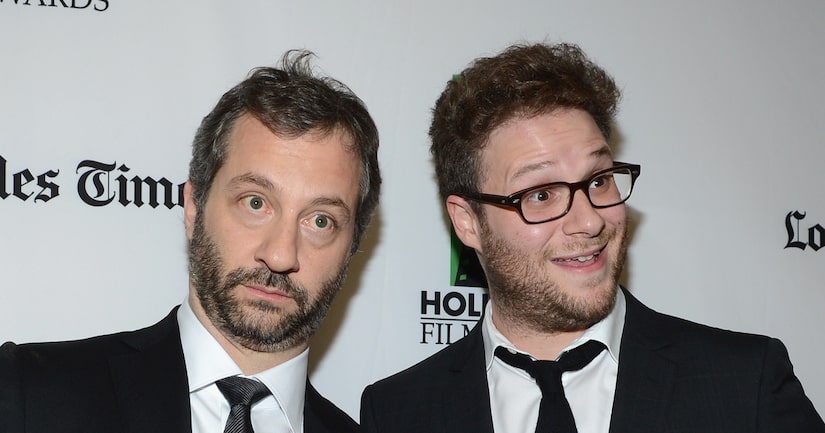 Funnymen Seth Rogen and Judd Apatow are slamming a movie critic for saying their comedies may have been a contributing factor in the recent shootings in Santa Barbara.

Hornaday wrote, "How many students watch outsized frat-boy fantasies like (Rogen's) 'Neighbors' and feel, as Rodger did, unjustly shut out of college life that should be full of 'sex and fun and pleasure'?"

She also added, "How many men, raised on a steady diet of Judd Apatow comedies in which the shlubby arrested adolescent always gets the girl, find that those happy endings constantly elude them and conclude, 'It's not fair'?"

Rogen and Apatow took to Twitter to express their outrage at such a claim:

.@AnnHornaday how dare you imply that me getting girls in movies caused a lunatic to go on a rampage.

.@AnnHornaday I find your article horribly insulting and misinformed.

“@Sethrogen: .@AnnHornaday I find your article horribly insulting and misinformed.”She uses tragedy to promote herself with idiotic thoughts