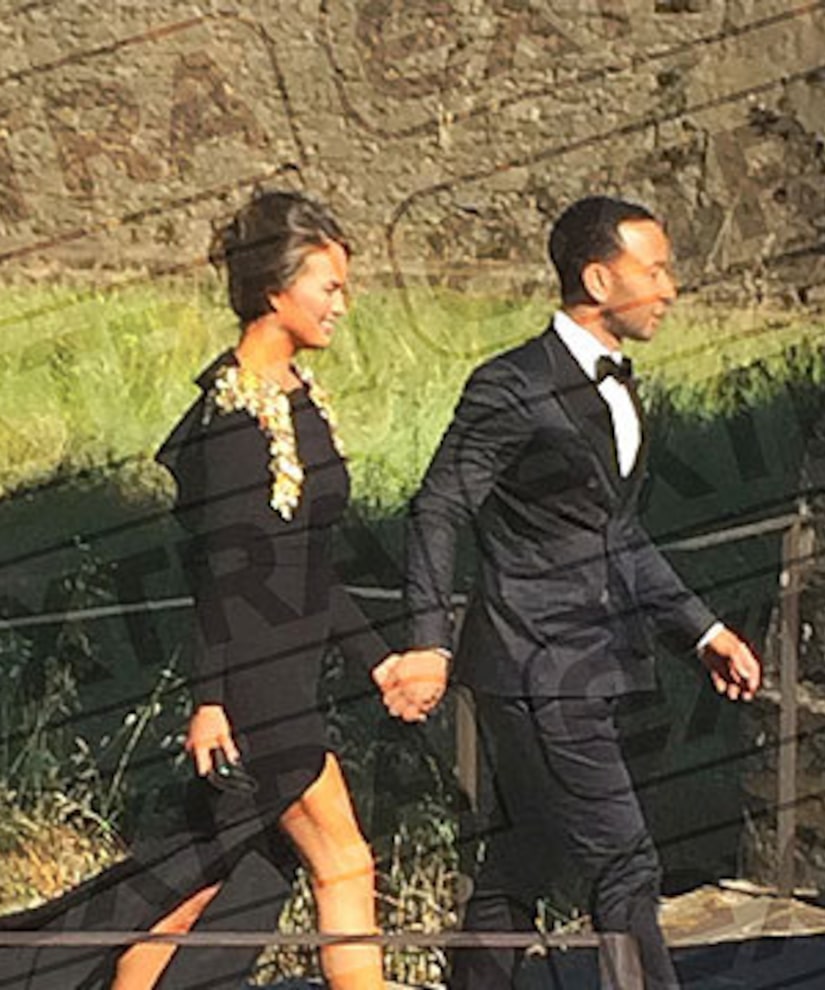 Kim Kardashian and Kanye West were married in the presence of family and friends in Florence, Italy on Saturday.

The ceremony was held at the historic Forte di Belvedere, and “Extra” has the first photos of guests arriving to the big event.

Check out the pics above!

The happy couple had been celebrating in the City of Lights all this past week. Kim enjoyed a fun bachelorette party with her friends on Thursday, and on Friday, the newlyweds held a lavish rehearsal dinner at the Palace of Versailles.

Kim, Kanye and their wedding party were spotted arriving in Florence on Saturday. The Italian city holds a special place in the couple's hearts because they conceived their almost 1-year-old daughter North there.

The A-list couple and their wedding have been the talk of Hollywood since Kanye's over-the-top proposal to Kim last October.

This is West's first marriage and Kardashian's third.