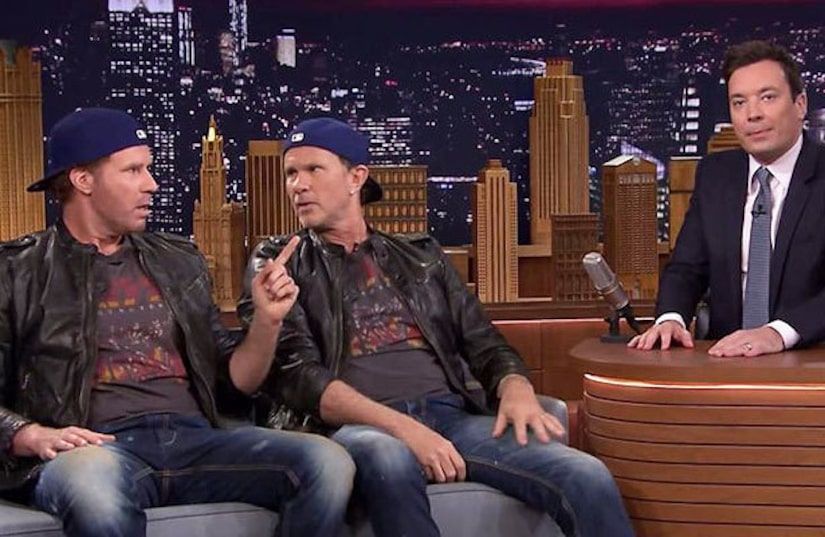 Who knew Will Ferrell had a twin who just happens to the Red Hot Chili Peppers drummer Chad Smith?

The lookalike duo made an appearance on “The Tonight Show with Jimmy Fallon” on Thursday, dressed exactly the same, and proceeded to battle one another in an epic drum-off.

When it seemed Smith was winning the battle, Ferrell turned the tables, pulling out a cowbell and recreating his classic “Saturday Night Live” skit in which he plays cowbell for the Blue Oyster Cult hit "Don't Fear the Reaper."

The rest of Red Hot Chilli Peppers then joined Smith and Ferrell on stage to sing the classic '70s song.

Watch the video above!