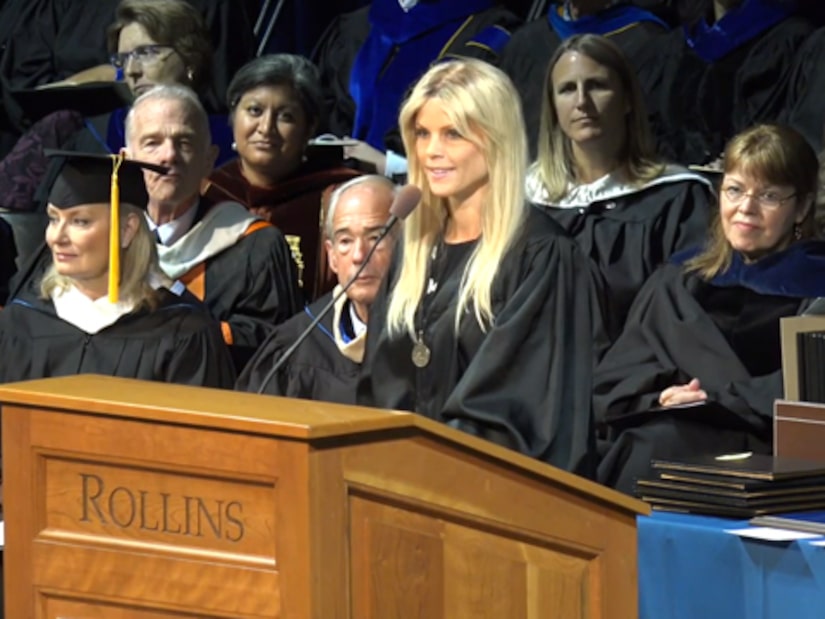 Elin Nordegren is one smart cookie! The former wife of Tiger Woods received her bachelor's degree in psychology and the Outstanding Senior Award from Rollins Hamilton Holt School in Winter Park, FL on Saturday.

The single mother of two nabbed the senior award -- the evening school's equivalent of valedictorian -- in part because of her 3.96 GPA! As the recipient she was asked to give a commencement speech, and couldn't help but take a swing at her ex, Tiger Woods.

Nordegren, who steered clear of the spotlight during her split, admitted it was uncharacteristic for her to make a speech, considering the media sees her as the “woman with no words,” and she has been “criticized for not talking too much.”

Later, she explained, “In the fall of 2005 I was 25 years old. I had just recently moved to America. I was married without children.”

Nordegren continued, “Today, nine years later, I'm a proud American, and I have two beautiful children.” When she added, “But I am no longer married,” the room erupted in laughter and cheering. Nordegren just smiled, even laughing a little herself.

Watch the entire speech for more jokes and jabs about the media blitz that surrounded her split.

Elin and Tiger famously divorced in 2010 after a cheating scandal. The former couple has two kids, Sam and Charlie. Elin reportedly walked away from the marriage with $100 million.