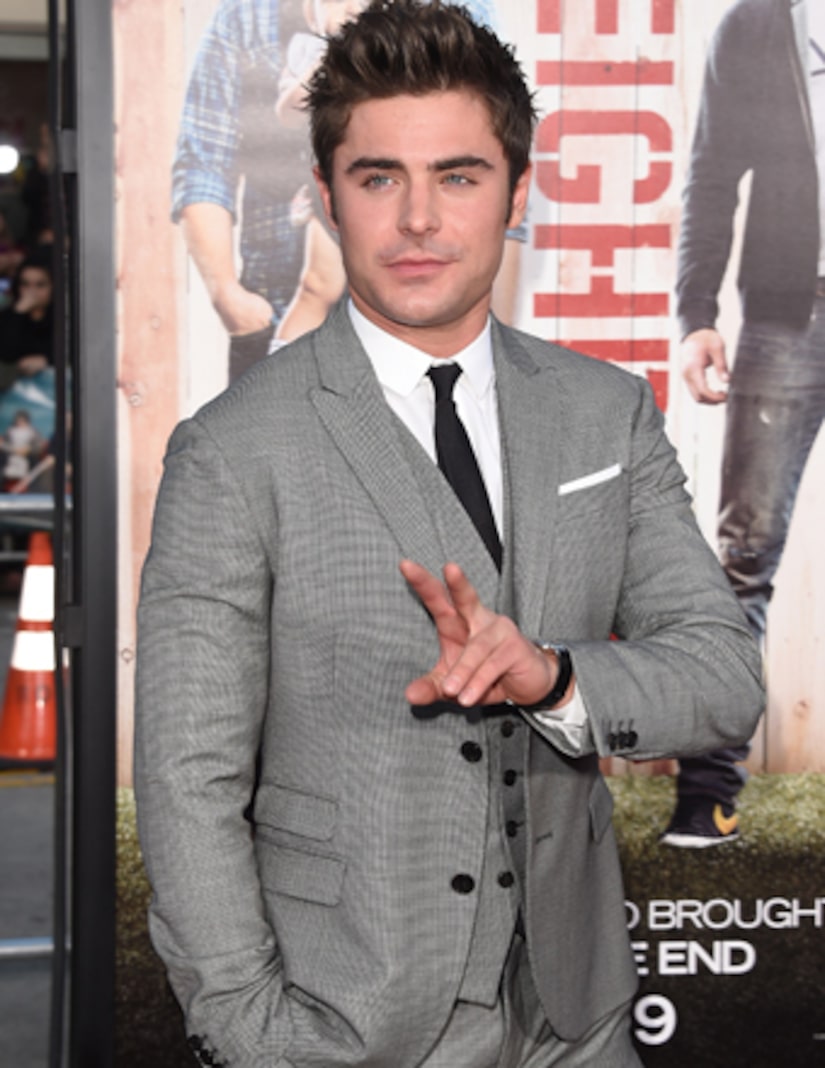 First he went to rehab, then he was punched out on Skid Row, now Zac Efron is breaking his silence on his “never-ending struggle” with addiction.

In a new interview with the Hollywood Reporter, Zac says his battle with alcohol and drugs began years ago.

"I was drinking a lot, way too much," he told the mag, acknowledging there were drugs, too. "It's never one specific thing. I mean, you're in your 20s, single, going through life in Hollywood, you know? Everything is thrown at you. I wouldn't take anything back; I needed to learn everything I did. But it was an interesting journey, to say the least."

Addressing the bizarre incident on Skid Row in Los Angeles, the 26-year-old explained, "I had a friend come pick me up late at night -- we were looking for a place downtown to get a bite and catch up. We were having trouble finding somewhere -- a lot of places were closed -- and the car ran out of gas off the 110. It was ridiculous. We had to pull over, and I called Uber."

He said while they waited “a homeless guy, or vagrant, tapped on the driver's-side window. Before I knew it, he [the friend] was out of the car, and they started fighting. I saw that [the homeless man] was carrying some sort of a knife, or shank, and I got out of the car to disarm him. At some point, he dropped the knife, and I got hit pretty hard in the face -- and almost instantly the police were there to break up the fight."

Afterward, Efron and his friend headed home. The “High School Musical” star called it "the most terrifying moment in my life."

These days Zac, who is single, is trying to change his ways. He has enrolled in AA and is seeing a therapist.

"I just started going," said Efron, who has long suffered from anxiety. "And I think it's changed my life. I'm much more comfortable in my own skin. Things are so much easier now."

Zac, who recently moved from the Laurel Canyon neighborhood to Los Feliz, is focusing on eating right and staying in shape.