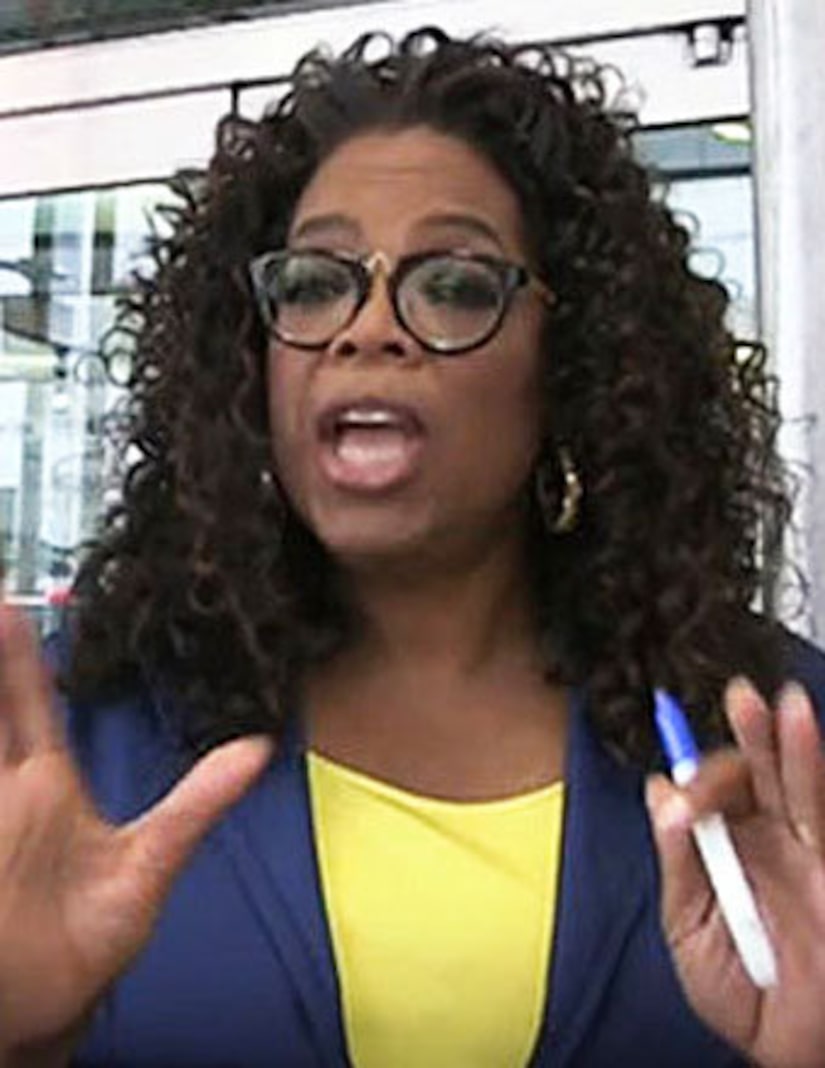 The media mogul made an appearance on “CBS This Morning” with best pal Gayle King, where she essentially compared Sterling to a slave master, following a leaked recording in which he allegedly made racist comments.

Winfrey said the audio reminded her of "a plantation mentality in the 21st century, in 2014. It just doesn't fit.”

Outside the studio, Oprah told TMZ Sports, “We're off the plantation! The plantation days are over!"

Sterling was allegedly recorded while telling girlfriend V. Stiviano not to publicly associate with black people, including Magic Johnson, and not to bring them to Clippers games. The audio surfaced online late Friday.