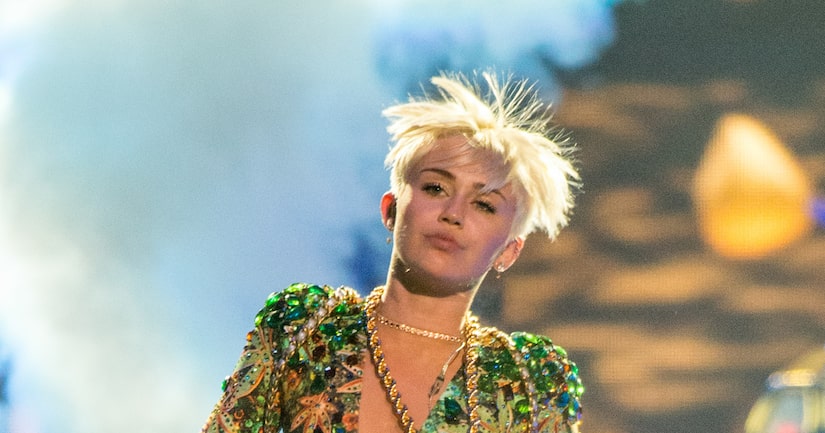 Singer Miley Cyrus is happy to be feeling better, that's for sure.

In a radio interview with Ryan Seacrest, Miley spoke for the first time about an unexpected illness that forced her to postpone the remaining US “Bangerz” concert dates.

Cyrus explained that she came down with flu-like symptoms two weeks ago and was prescribed medication typically used as an alternative to penicillin, to which she is allergic.

She ended up being allergic to that treatment as well, and the severe reaction left her bedridden in a Kansas hospital for days.

"It was so scary," Cyrus told Seacrest. "When you're allergic to something, you're literally poisoning yourself, so I had just been poisoning myself for a week with something I didn't know I was really, scary allergic to."

Miley tried going back onstage, but ultimately had to stay in bed until she was fully recovered. The experience made her “miserable,” but at least she got a little online retail therapy.

She said, "I was just laying there, I'm hooked to all these machines, every two hours some woman comes in and pokes me with a needle, and it's just miserable. I ended up doing way too much online shopping, and whatever they had me on to make me not in pain, I made very questionable choices about what I bought. I'm like, 'I don't know what this hot pink mini skirt is that I bought in the hospital.'"

The “We Can't Stop” singer is preparing for the European leg of her tour and has rescheduled the canceled concerts for August.