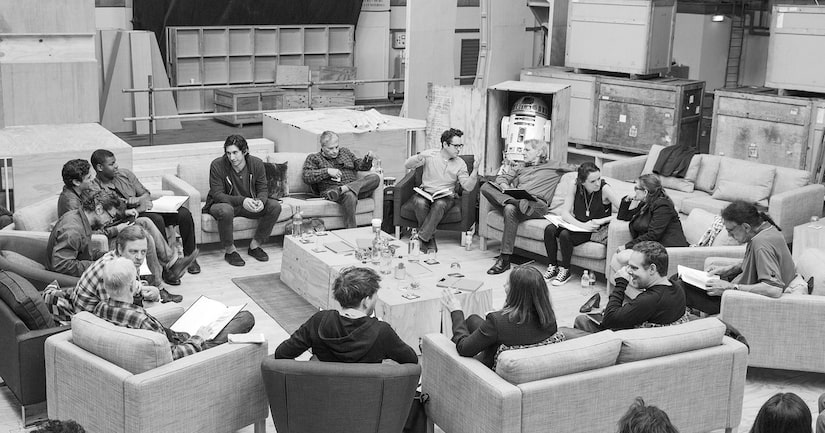 The movie's Facebook page made the casting announcement, posting a pic of an on-set read through.

Director J.J. Abrams wrote, "We are so excited to finally share the cast of 'Star Wars: Episode VII.' It is both thrilling and surreal to watch the beloved original cast and these brilliant new performers come together to bring this world to life, once again. We start shooting in a couple of weeks, and everyone is doing their best to make the fans proud."