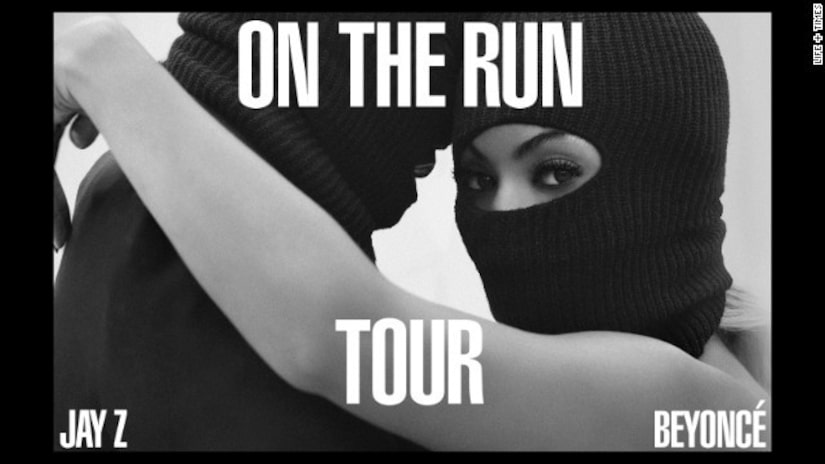 Music industry's power duo, Beyoncé and Jay-Z, are finally teaming up for their first tour together.

On Monday, Mr. and Mrs. Carter announced the summer tour, called “On the Run,” with an image of the two wearing ski masks! The tour will launch in Miami on June 25 and will hit 16 cities through its run, ending in San Francisco on August 5.

The "On the Run" tour will also benefit a worthy cause. A dollar from each ticket sold will go toward the Shawn Carter Foundation, an organization that helps underserved groups go to college.

The tour is also being presented in partnership with Beyoncé's #BeyGOOD campaign, which seeks to inspire charitable work, kindness and community involvement.

Tickets go on sale for the general public May 2. Visit the Facebook page for information on advance purchases.