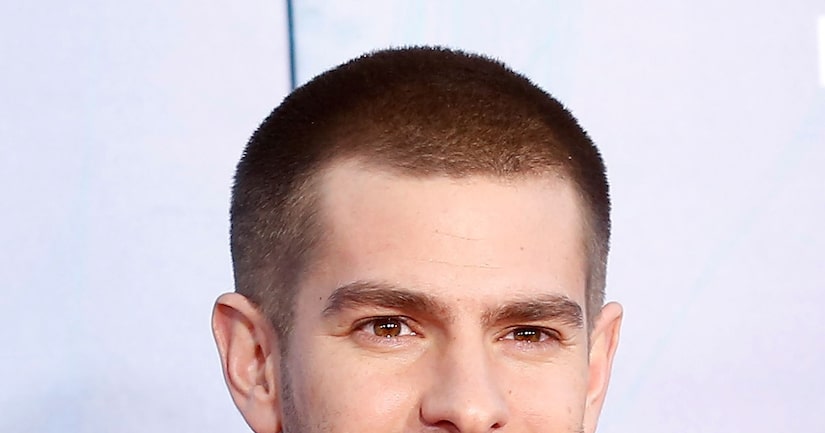 “Extra’s” AJ Calloway caught up with Andrew Garfield at the NYC premiere of “The Amazing Spider-Man 2,” where the star set the record straight about what he really meant when he used the word “feminine” during a Yahoo Q&A with kids last week.

At the Q&A, Garfield was asked how Spider-Man got his costume, to which he responded, "He made it with his bare hands. He sewed it. He took some sewing classes, and some needlework, some pinpoint, needlepoint classes. It's kind of a feminine thing to do, but uh, he really kind of made a very masculine costume out of a very feminine…" His real-life girlfriend and “Spider-Man” co-star Emma Stone jumped in at that moment and asked him, “Feminine how?”

Andrew clarified to Calloway, “That was a misunderstanding. I used the word ‘feminine’ and I wasn’t talking about gender. I wasn’t talking about women. I was talking about feminine energy… you know, we all got feminine energy in us as men, and women have feminine and masculine energy in them as women. I was actually using the word ‘feminine’ in that way, and Em knew that, but she also knew that the young kids in the audience may not have followed that, so she was like, ‘Just make sure you clarify what you meant by feminine.’”

The actor continued, “I know certain publications said I was making a sexist comment and I really didn’t. Anyone who spends twenty seconds with me knows I’m the most feminine man. Sexism is not even a word I know.”

“The Amazing Spider-Man 2” weaves its web in theaters May 2!