Can't wait for the return of “Orange Is the New Black” on June 6? Get your fix with this new sneak peek!

It looks like Piper was sent to solitary confinement following her fight with Pennsatucky last season... and she's picked up a new pastime.

Still craving more "Orange"? Check out this interview with Taylor Schilling, the actress who plays Piper, from the new issue of Boston Common magazine!

Here are Schilling's thoughts on:

Why the show is so great: “The thing that I love about this show is the idea that everybody is kind of a breath away from prison. None of us are angels, and looking back at my past I think, My God, I can't believe I got away with that,” she says. “It's like the what-if scenario gets played out every episode of the show. This season that happens a lot more clearly with a lot more of the characters, so we really get to see where people are coming from and why they're there and what happened to them.”

See the 'Orange Is the New Black' Cast All Glammed-Up!

Piper's crazy ways: “She makes a lot of sense to me. I always think there's that negotiation between what you think you need to be for the outside world and what your own honest experience is. I certainly think I'm on that quest myself; I relate to that. She has to figure out how to play by her own rules. That's an interesting journey people go on whether or not they're in prison. That's kind of what life is about.” 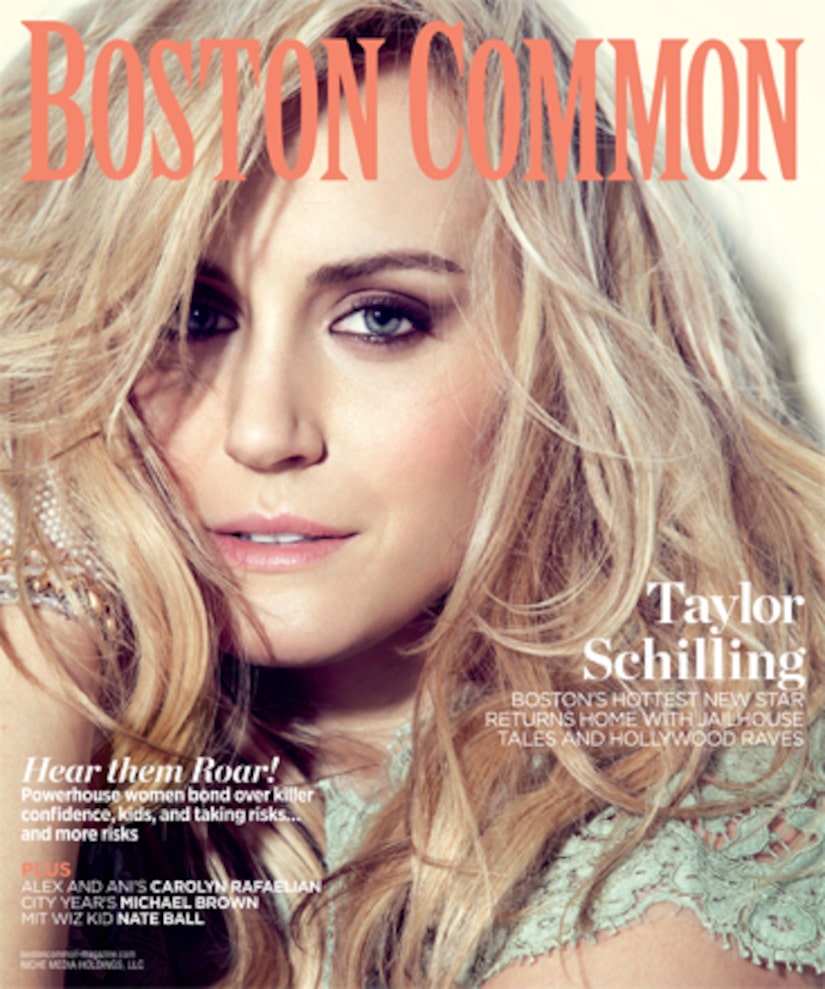 Her personal philosophy: “I just kind of do things and show up without thinking about it that much. Then I look back and say, 'My God, I can't believe I pulled that one off,'” she says. “Now that I'm older I can see that as being a really valuable part of who I am.”

Dropping out of grad school: “I had nothing lined up when I left school, I just knew that NYU wasn't making sense to me anymore. I felt done. And it was scary to leave, but it felt like following my gut, my intuition.”

Art imitating life: “I'm in the Hollywood version of the prison system, and my dad really works with people who would be incarcerated,” she says. “He talks about how the show has brought more awareness to the population he works with, and more respect for those kids. He loves the show.”

"Orange Is the New Black" Season 2 will be available on Netflix starting on June 6.