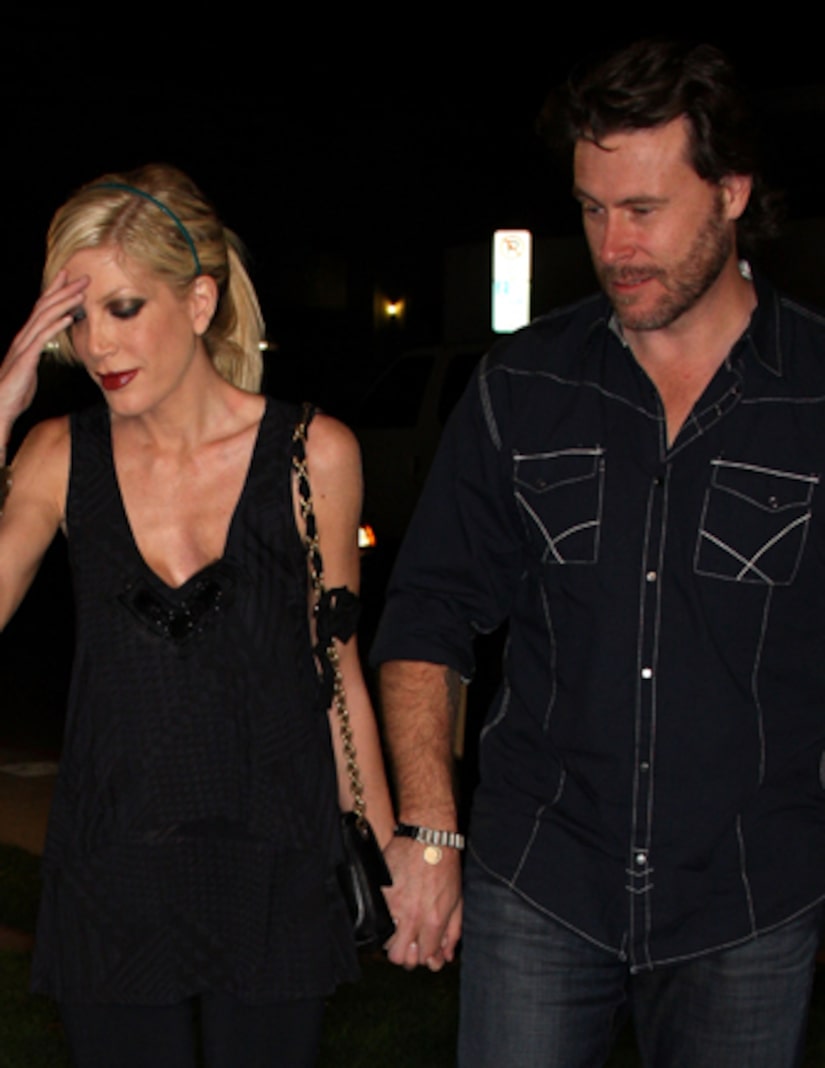 The explosive “True Tori” premiere was a heartbreaking look at Tori Spelling and Dean McDermott’s marriage following his affair with a woman named Emily Goodhand in December 2013.

Tori revealed how she first learned about the cheating scandal from her publicist, but she didn’t believe it.

"There wasn't an ounce of me that thought it was real," she said. “I trusted him.”

Just before Christmas, her publicist called back saying the woman was willing to go on record about the tryst in Toronto. The marriage went into a downward spiral after that.

Dean admitted to cheating, and headed to rehab for problems with sex addiction, depression and alcoholism.

When Tori went to visit him, he challenged her to slap him. He asked, “What would it feel like if you just slapped me in the face right now?”

She replied, “I don't want to slap you.”

Dean insisted, “What if I wanted you to slap me in the face?”

Then he tried to hug her… it didn’t go well.

In another scene, Tori tearfully admitted, “I miss having my best friend.”

She added, "I miss having that support, that person that's your go-to in life, and now it's just stripped from me. I had it for seven years and it was just gone one day. And I go on. I go on every single day as best I can."

The “90210” star was left to care for the couple’s four children while Dean was in rehab.