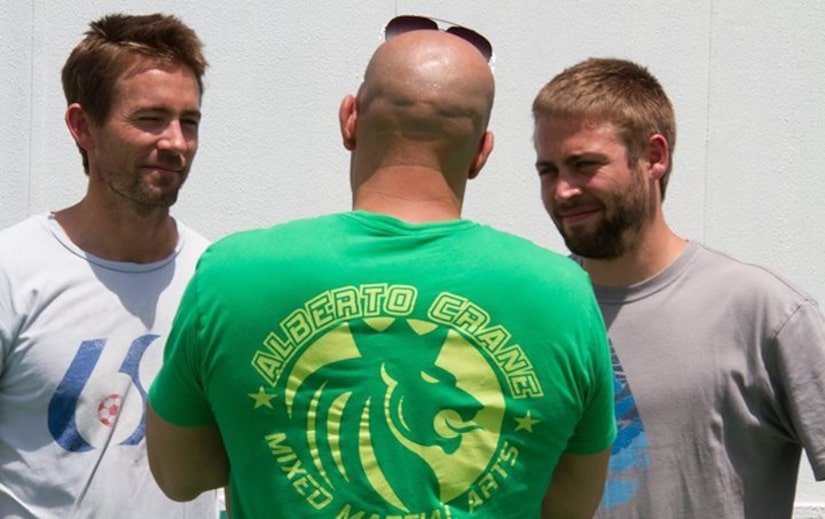 Actor Vin Diesel is happy to include Paul Walker's brothers Caleb and Cody in the cast of “Fast & Furious 7.”

Diesel posted a picture of himself with Walker's two brothers on set to his Facebook page, writing, "When I heard the news, I left the production, grabbed a plane and took my family and Michelle [Rodriguez] back to LA... drove directly to his parent's house.... His Father said, Paul loved you Vin. I awkwardly and nervously said, aw come on... then he said... you don't have to get along every second to love each other... so true. P.s. After spending time with his biological brothers, I must say to the parents, you raised some great kids."

Paul, who played Brian O'Connor in all but one of the “Fast” films, had filmed the majority of his scenes before his death in a fiery car crash in November.

Reports say his brothers will step in for a few remaining scenes in the seventh installment, and computer graphics will be used to mask any discrepancies.

Diesel and "Fast" co-star Jordana Brewster recently participated in a special tribute to Walker at the 2014 MTV Movie Awards.