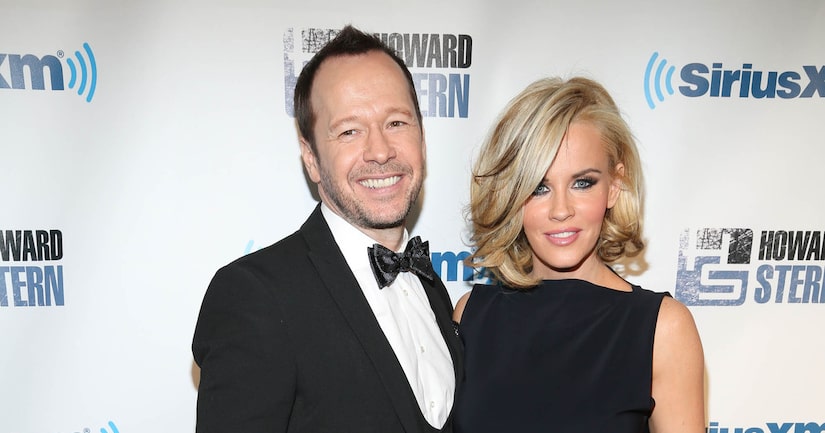 “Extra” was with Donnie Wahlberg in his hometown of Boston as he cheered on his brother, Jim, at the 2014 Boston Marathon.

Wahlberg opened up for the first time about his engagement to Jenny McCarthy, saying he knew he wanted to propose shortly after he and “The View” co-host began dating. “Probably planned it about two months into us dating, but things take time and I just waited until the moment was right.”

Wahlberg thought the engagement wasn’t exactly a surprise for Jenny. “I don't know if it was a surprise… it might've been a race because she kept threatening to propose to me. Not to make me do it, she just wanted to get engaged, so did I it first. I’m a little old-fashioned. I wasn’t going to let her get on one knee.”

The two haven’t started the wedding planning just yet. “No details yet. We'll do it when it's right, but so far everything is awesome.”

As for being at the marathon, Donnie called it, “overwhelming.” He said it was a “very proud day for Boston and America.”