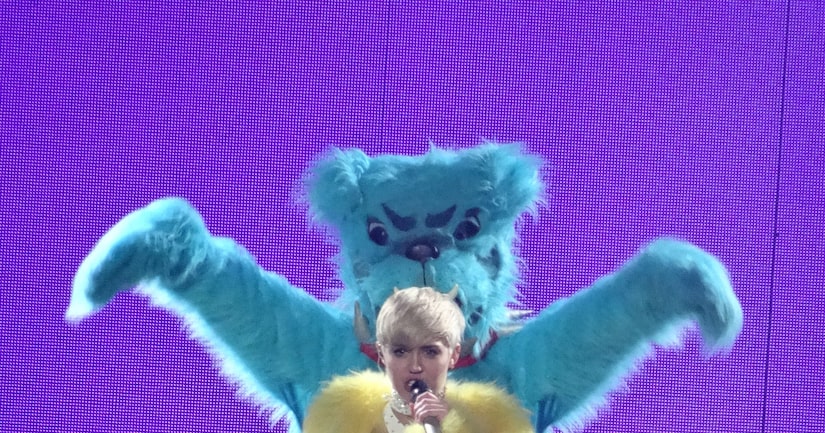 Singer Miley Cyrus is totally bummed she's been sidelined by illness and has had to cancel concert dates.

The social media darling has been posting sad-faced comments and pics about her predicament.

Then on Thursday, she tweeted:

can't quit crying 😿 i wanna go back on tour. im meant to be onstage performing for y'all.... not laying in a hospital bed 😿

Cyrus was taken to the hospital on Tuesday because of an "extreme allergic reaction" to an antibiotic, and she could be down for another three weeks.

Her rep told CNN, "Miley was suffering from a sinus infection during her tour in N.C. a week ago. She was prescribed the antibiotic Cephalexin, which she has now suffered an extreme allergic reaction to. This type of extreme reaction can last from five to 27 days in these types of cases."

The statement continued, "She will remain hospitalized and is under a doctor's care until we see some improvement in her condition and is asking for your compassion and privacy at this time. Miley is devastated about missing shows and possibly disappointing her fans."

No word yet on whether her upcoming “Bangerz” shows for next week will be cancelled.