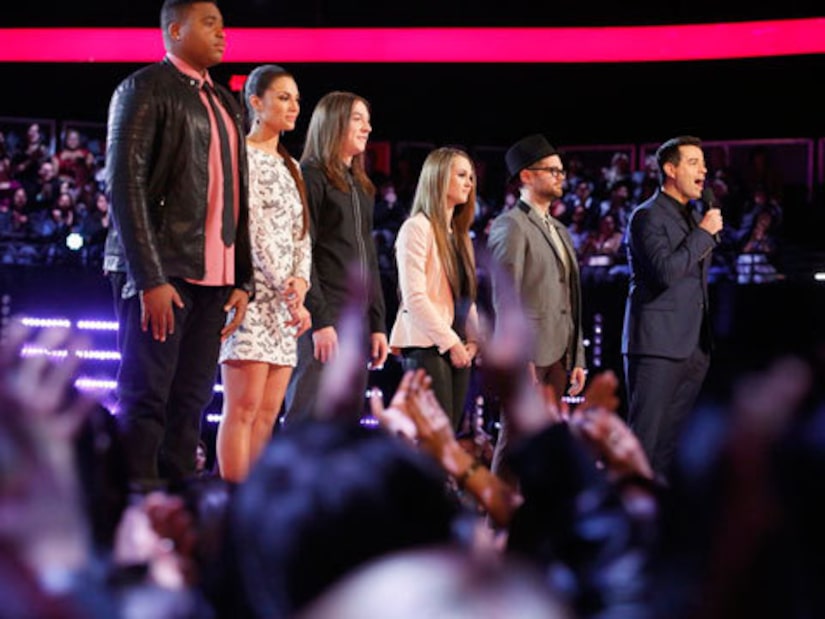 It’s time for the lives shows! After a brutal two days of eliminations, “The Voice” Season 6 has its Top 12.

Coaches Adam Levine, Blake Shelton and Shakira were forced to send contestants home on Monday, then it was Team Usher’s turn on the chopping block on Tuesday.

As a mentor, Usher faced a difficult decision, but ultimately chose to send home Stevie Jo and Melissa Jimenez, leaving Josh Kaufman, T.J. Wilkins and Bria Kelly on his team.

Find Out What's Next for Dani Moz and TJ Wilkins!

Now, it’s time to get to know the Top 12 a little better. “Extra” caught up with the hopefuls at a live concert at Universal Studios Hollywood on Tuesday night. Here’s what we found out… 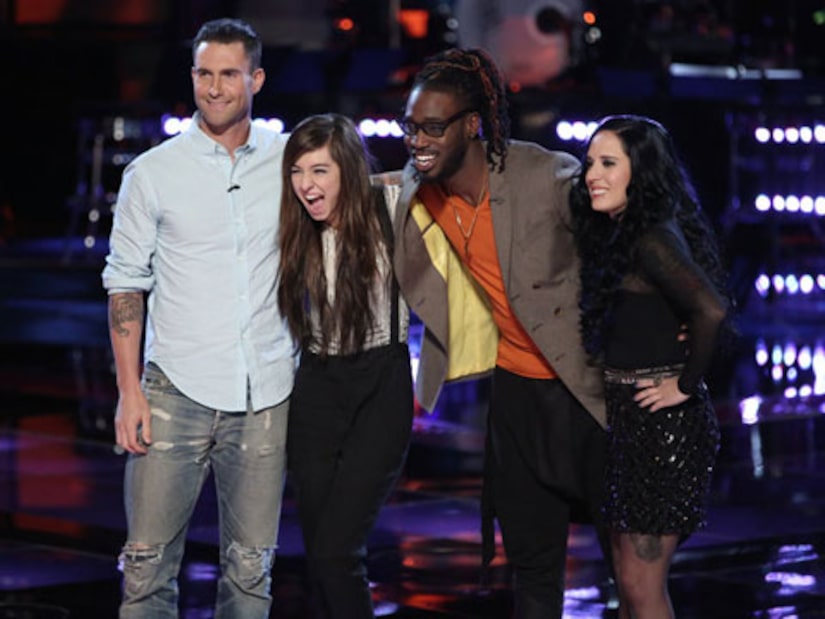 Christina Grimmie
The 20-year-old from New Jersey shot to fame on YouTube and now has 2 million subscribers. Her online popularity landed her a spot as Selena Gomez’s opening act, and the chance to perform in the blind auditions.
America Is Her Motivation: “When you know that a show is live and America is watching, it adds a whole other level of morale. You have a greater reason to be singing because that many more people are watching. For me it is every ounce of motivation to keep making my shows better and better.”

Delvin Choice
The South Carolina native auditioned for “The Voice” Season 5, but didn’t manage to turn a chair. He worked with two bands to prep for a second chance on the show and wowed all four judges.
He’s bringing it! “No slacking… by the time I get done singing each night I need to be sweating and passing out. Turn it up!"

Kat Perkins
The Minnesota rocker started a band with her ex, but decided to take a break from the biz after they split. Now, the 33-year-old is known as the “singing nanny,” for starting a band with the children she supervises.
She likes the way Adam smells?! “He smells good! He really smells like I thought he would. I call it ‘Life.’ He needs his own cologne.” 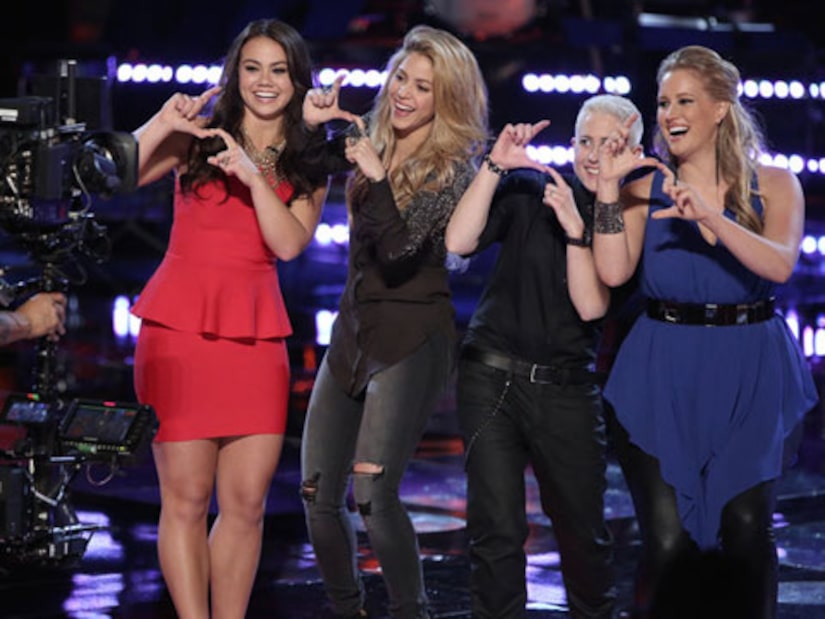 Tess Boyer
This former beauty queen is no stranger to the spotlight. Her background in pageants and cheerleading for the St. Louis Rams make her a natural onstage. Now, the 21-year-old works with special needs children and is studying pre-law.
Perfect fit: “Shakira is the epitome of perfection. She is so humble, has such a huge heart, she’s a gorgeous, gorgeous woman. A picture on television doesn’t do it justice, you get to know her and it is just pure beauty.”

Kristen Merlin
The New England native is a self-taught guitar player with a degree in Music and Sound Recording from the University of New Haven in Connecticut. She has played solo and with bands over the years, and even performed with Sugarland in 2012.
So much energy! “My biggest challenge is to calm down. I get so excited to take the stage and I move a lot. I have to remember to ground myself so I can connect with the song so I am connecting with my audience.”

Dani Moz
After three years in public relations, Dani decided to move from Boston to L.A. to pursue singing full-time. Moz released her debut album, “Untamed,” in 2010 and is currently working on her second.
Her inspiration? “I have always looked up to Gwen Stefani and No Doubt. She’s that female rock pop star. She has it all! I would die to perform with her.” 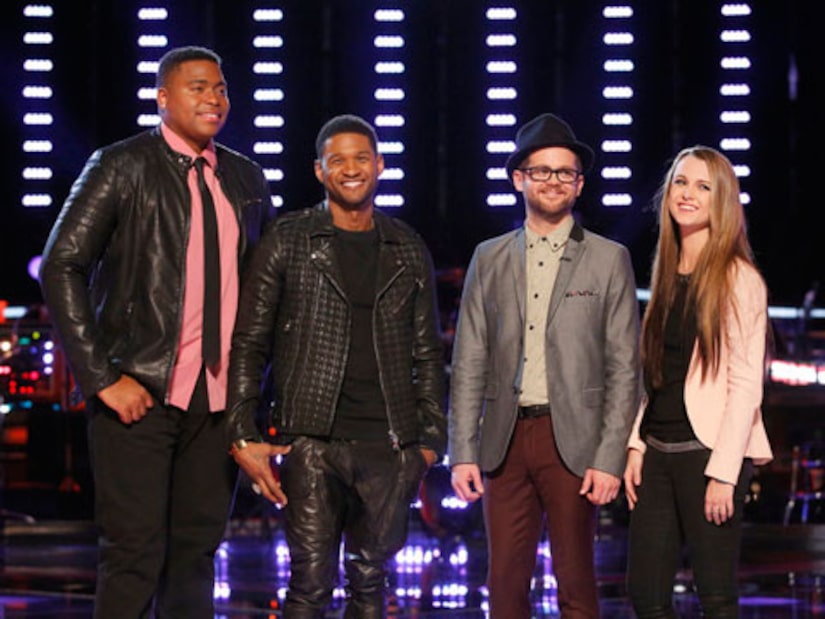 T.J. Wilkins
Wilkins credits his mom for encouraging him to pursue music at a young age. He went on to win a singing competition. The prize? Singing with his idol, Stevie Wonder!
Music royalty: Wilkins would love to reunite with Stevie on “The Voice” stage, but also told us he dreams of performing “Purple Rain” with Prince!

Josh Kaufman
This soul singer from Indianapolis supports his wife and three kids by playing local gigs and working as a SAT prep tutor. When he lost his spot on Team Adam, Usher used a steal to snatch him up.
Fun Fact: While Josh does have a solo career, he’s also the lead singer of an R&B Indianapolis band called The New Etiquette.

Bria Kelly
Kelly is a teen powerhouse from Virginia. Her accomplishments include singing the National Anthem at pro sporting events, opening for Miranda Lambert and fronting her own band.
She’s got talent: Bria almost landed a spot on “America’s Got Talent” in 2012. She made the Top 20 among contestants auditioning via YouTube, and made it to the Season 7 semi-finals. 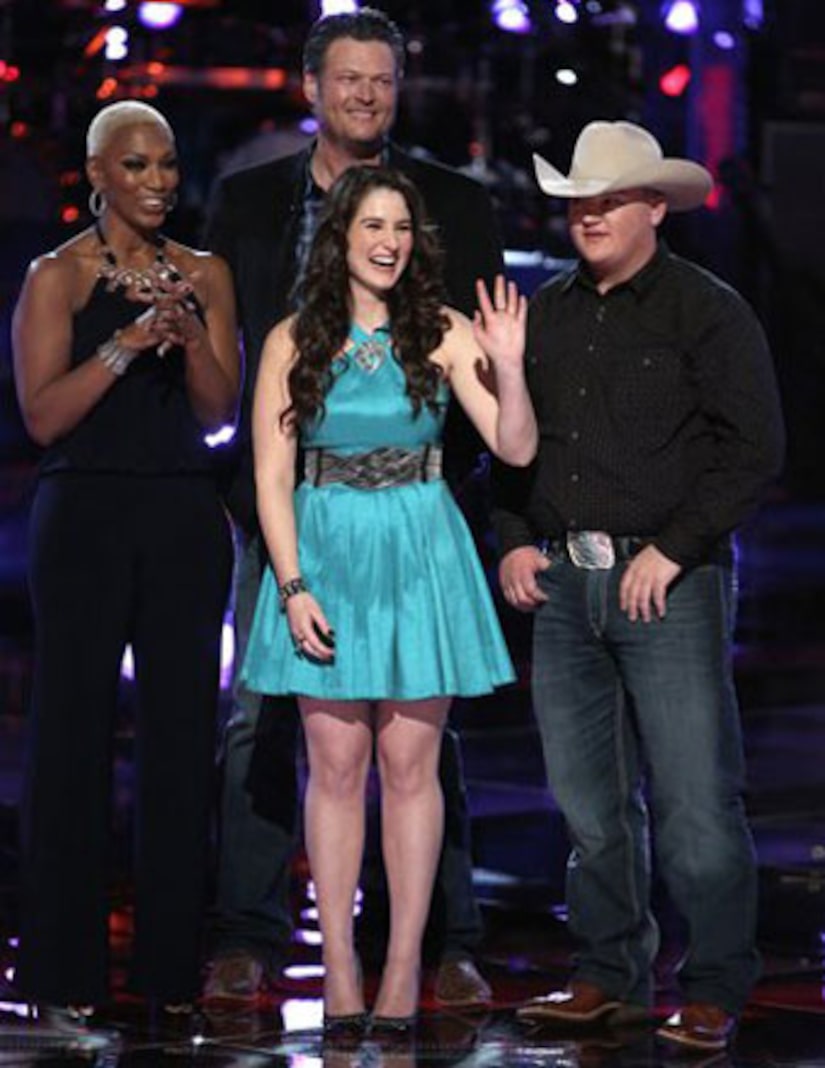 Sisaundra Lewis
An accomplished singer, Sisaundra spent years touring and working with Celine Dion as a backup singer, vocal director and choreographer. She took a break from the biz to raise her children, but now the family agrees it is her turn to shine.
Sound familiar? Sisaundra can be heard in commercials for Folgers, Sprite, Slimfast, Doublemint Gum, Sears and more.

Audra McLaughlin
She’s a country starlet, songwriter and supporter of the anti-bullying efforts. The Philadelphia resident is currently juggling college with her dreams of becoming a professional singer.
Why she’s unique: “I’m a country girl from Philly and I don’t think anyone’s ever seen that on the show before!”

Jake Worthington
He’s a country boy with a heart of gold. The Texas native tried out for “The Voice” in Season 5, but didn’t make it. Now, he’s heading to the live shows as a top contender on Team Blake.
Connecting with fans: Jake uses Twitter to regularly thank his friends, family and fans for their support (with a bit of his southern twang, of course). One recent tweet said, “Once again thank y’all for y’all’s support. It does mean the world to me! It’s pretty dang cool, if ya see me give me a holler!”

"Extra's" Renee Bargh caught up with the finalists on the red carpet at "The Voice."