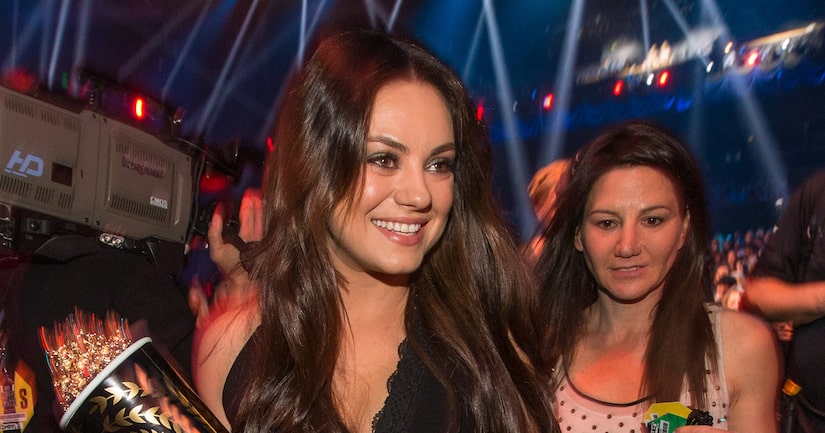 Even though Mila Kunis and fiancé Ashton Kutcher have kept mum about becoming first-time parents, Kunis couldn't hide her adorable baby bump at the 2014 MTV Movie Awards… and now reports say she's having a girl!

Multiple sources told UsWeekly.com that the couple will indeed be welcoming a daughter into their new family.

Kutcher has had some practice living with women, being stepdad to ex-wife Demi Moorie's girls; Rumer, 25, Scout, 22, and Tallulah, 20.

As for Kunis' pregnancy, a friend told Us that "Ashton is doting on Mila,” and another source added, "Mila absolutely loves being pregnant.”

Kunis picked up the Best Villain award at the MTV Movie Awards and will be seen next in the sci-fi thriller “Jupiter Ascending.”