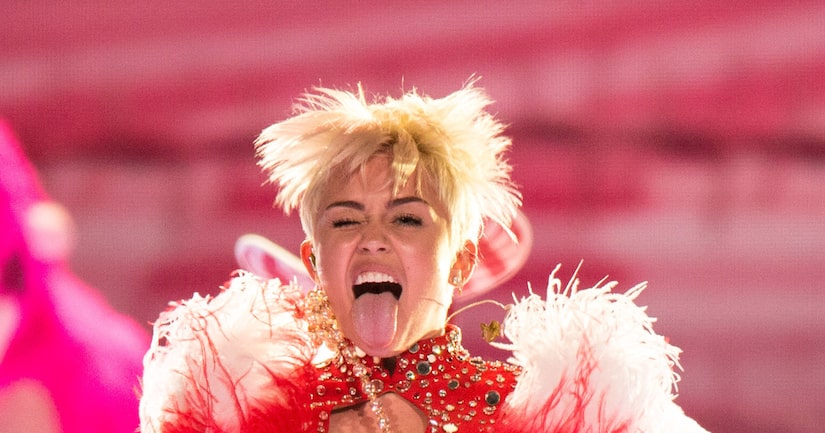 UPDATE: It looks like Miley will miss her St. Louis show as well. She told fans via Twitter, "the hospital is sayin i wont b released today. therefore Im not going 2 make it 2 St Louis. Im so sorry but somethings are outta my control."

A source confirmed to E! News that the “Wrecking Ball” singer was taken to the hospital on Tuesday in Kansas City after she suffered “an absolutely horrible reaction" to medication.

It was so severe that Miley had to cancel tonight's concert performance in the city.

The singer tweeted her regrets to the fans. "Kansas I promise Im as [heartbroken] as you are. I wanted so badly 2 b there 2night. Not being with yall makes me feel shittier than I already do.”

She followed up with a photo of herself in the hospital bed, writing, "Mr. Octopussy & some amazing Drs are taking good care of me."

Mr. Octopussy & some amazing Drs are taking good care of me 🌈 pic.twitter.com/7FJFxYa7M5