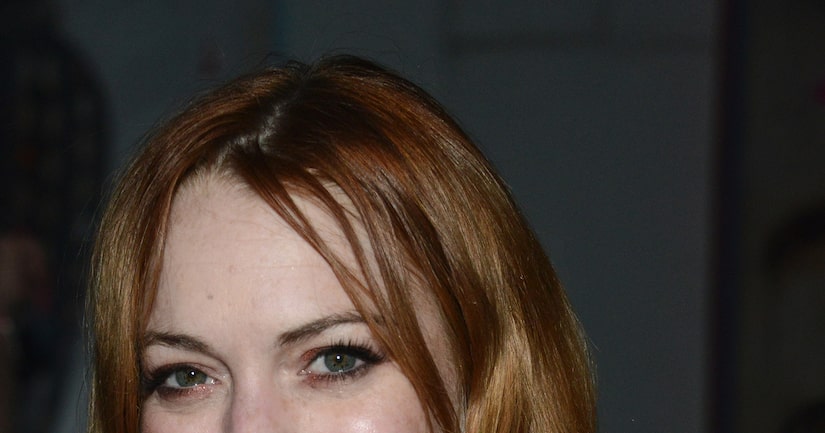 In Touch magazine reports that Lohan, who left rehab eight months ago, was seen hanging out with little sister Ali and friends over the weekend... and reportedly drinking vodka.

An eyewitness told the magazine, “The group was standing in a small cabana, booth type thing and one of the friends was making regular trips to the bar. I overheard the friend order four vodka sodas and when he carried them back to the group, he handed one to Lindsay and she started drinking it. She didn't seem to care who saw and none of the group seemed concerned."

The source added, “She looked completely out of it. She couldn't stand up straight and she was frantically chain smoking cigarettes.”

The 27-year-old actress recently admitted to relapsing with a “glass of wine” in her OWN docu-series. “Of course it’s jarring when you relapse and you try to stay sober,” she said on her show. “It’s a scary thing.”

Before heading to Coachella, Lohan tweeted “everyone please be #safe at #coachella and #smile.”

Meanwhile, Lindsay's mom, Dina Lohan, pleaded guilty in her DWI case in NYC, TMZ reports. She is required to perform community service and attend a drinking and driving program, along with paying fees.

Outside the courthouse, Dina dodged questions about her daughter, but told paparazzi, "I'll never be back here again. You can quote me on that."