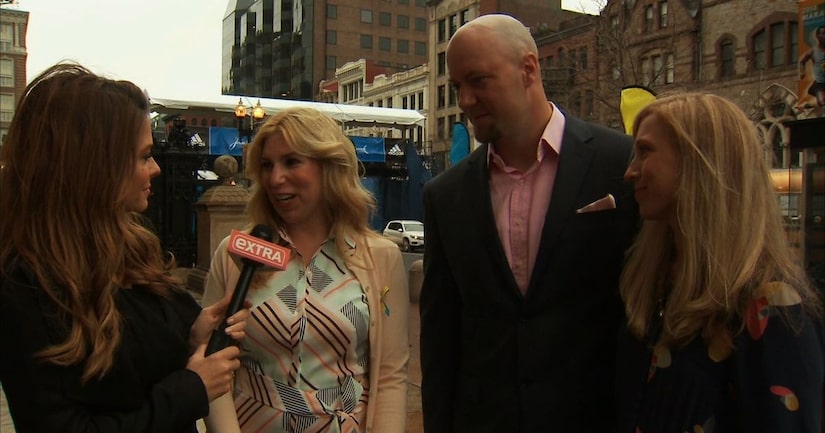 “Extra’s” Maria Menounos returned to her hometown of Boston for the one-year anniversary of the Boston Marathon Bombings.

Menounos had the opportunity to speak with Heather Abbott, who lost a leg in one of the explosions, and former Patriots linebacker Matt Chatham and his wife Erin, who helped Heather right after the blast.

Abbott and Chatham described how they felt one year later. Heather said, “I think today I’ve been trying to keep busy so I don’t have a lot on my mind, but it’s hard not to think about the three people who died here and all the other survivors who were hurt.”

Matt added, “I think Heather makes a great point. We’ve kind of gone around the wash here in the last year with all the great stories and all those things, but it does come around full circle when you start thinking about those three families and how much they were affected.”

The two also remembered the moment that brought them together. Abbott had just come from the Red Sox games and was about to walk into the Forum restaurant when the first explosion occurred. “It happened so quickly, before I could even say anything, I heard the second explosion right next to me. The force from it actually pushed me inside of the restaurant and onto the ground.”

Matt and Erin were in the restaurant. Erin was the one who heard Heather pleading for help. Heather said, “I was really lucky she stopped to help me because people were literally running by me.”

Erin explained, “I spotted Heather trying to get up... and she was struggling to get up and that’s when I realized she had a bad injury.” Matt added, “My wife essentially talked me into scooping her up and heading out the back. It was my wife tugging and showing me Heather, who really needed special attention, that’s what brought us together.”

Abbott said it has taken the whole year for her to absorb everything that has happened. “I can think of the first time I ever wore my prosthetic leg, that this is what I would be walking on for the rest of my life, and it didn’t feel like a real leg.”

Heather also said she now considers Matt and Erin her family. “They're a big part of the reason why I’m walking today and I'll always remember that… I will always be forever grateful to them, I want their kids to know someday that their parents are my heroes.”

Next week, Erin will run her first marathon, and Heather will join her from the last half mile. 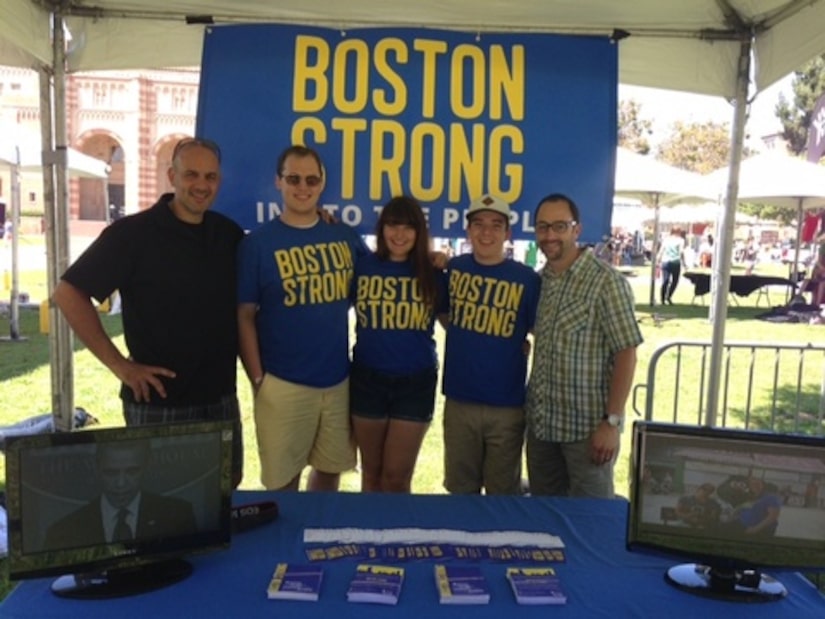 The three felt compelled to do something after the tragedy and came up with the “Boston Strong” phrase as a way to unify the city, creating a simple blue t-shirt. The goal was to sell 110 t-shirts to their friends and family and donate all the proceeds to charity. One year later, they have sold over 65,000 t-shirts, raising over $1 million for The One Fund Boston.

For more information and ways to buy a t-shirt, go to StayStrongBostonStrong.org!