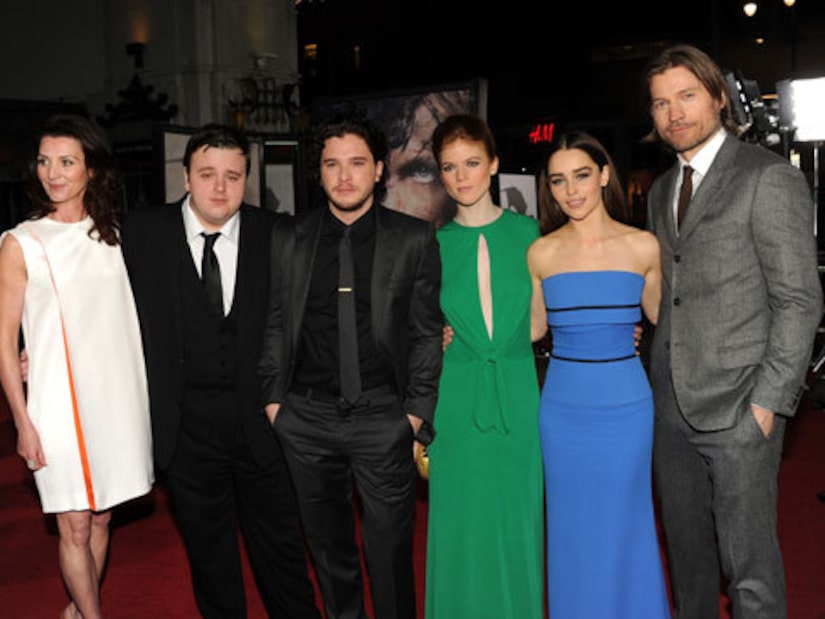 Are “Game of Thrones” fans getting too comfortable with seeing the stars of the show naked? Maybe!

Nikolaj Coster-Waldau told “Extra’s” Mario Lopez about an awkward encounter with a fan at a local gym.

'Game of Thrones' Shocker: The Killer Clue You Probably Missed

The actor, who plays Jamie Lannister on the show, was showering when the man next to him said, “Hey, what are you doing here?”

Coster-Waldau continued, “I look up and there’s a guy who is also naked next to me. He was like, ‘Man can I get your picture?’ and I was like, ‘Can we wait 'til after?”

After landing the role as King Slayer in the hit HBO show, the Danish star also began appearing in more American films.

In his latest movie, he co-stars alongside Leslie Mann, Cameron Diaz and Kate Upton in “The Other Woman.” Nikolaj plays a businessman whose wife teams up with his mistresses to avenge his cheating ways.

Coster-Waldau said he had a great time working with all three actresses. “It was fun because they like to… keep the scene open, and keep exploring… you got to be on your toes with those girls.”