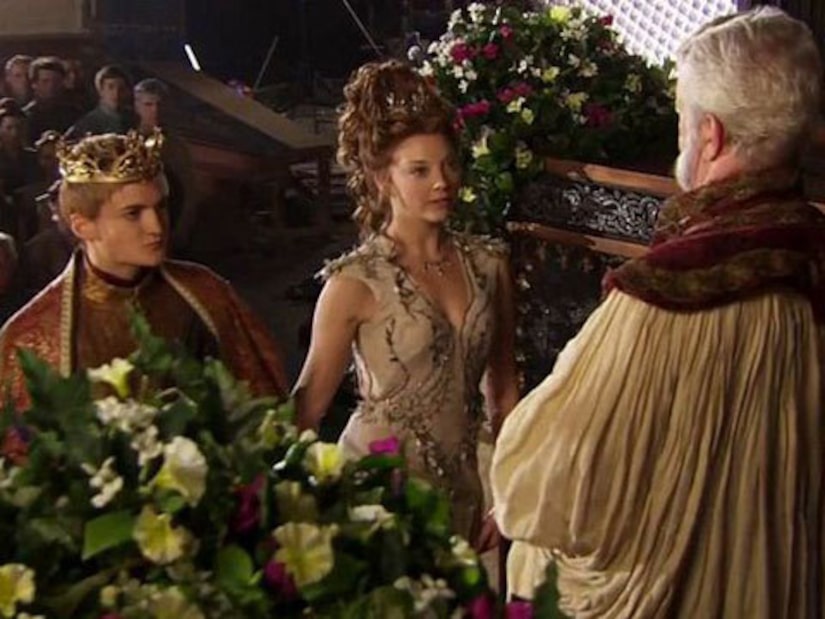 It's a good day to be a fan of “Game of Thrones,” because one of the most hated characters in the series is dead!

Sunday's episode was all about King Joffrey and Margaery Tyrell's “Purple Wedding” at King's Landing, but the fun didn't start until the wedding feast.

Joffrey was being his usual snot-nosed self (check out the video for his worst moments onscreen), but crossed the line when he hired a group of little people to entertain the crowd… even asking his Uncle Tyrion to join them.

When Tyrion won't comply, Joffrey humiliates him by asking him to be his cup-bearer. It seemed like a good idea, until the boy king was choking on his wine.

A Look Back at the Red Wedding

As Joffrey began to turn purple, blood dripping from his nose, it became apparent that the secret bastard of Queen Cersei and her twin brother Jamie Lannister was poisoned!

Tyrion was arrested, but the killer could have been anyone. Everyone in the realm hated Joffrey. His grandfather Twyin despised him, his new wife Margaery found him tyrannical, Sansa Stark held him responsible for killing most of her family, his Uncle Stannis was trying to take the throne from him… and the list goes on.

Here are a few other highlights from the "Game of Thrones" episode:

- Lord Theon Greyjoy has now fully transformed into Reek, a maimed and mumbling servant to Lord Bolton's bastard, Ramsey Snow.
- Jamie Lannister is secretly training to fight with his left hand.
- Bran and friends are headed North after the little lord received a message from a heart tree.
- Tyrion sends Shae away.