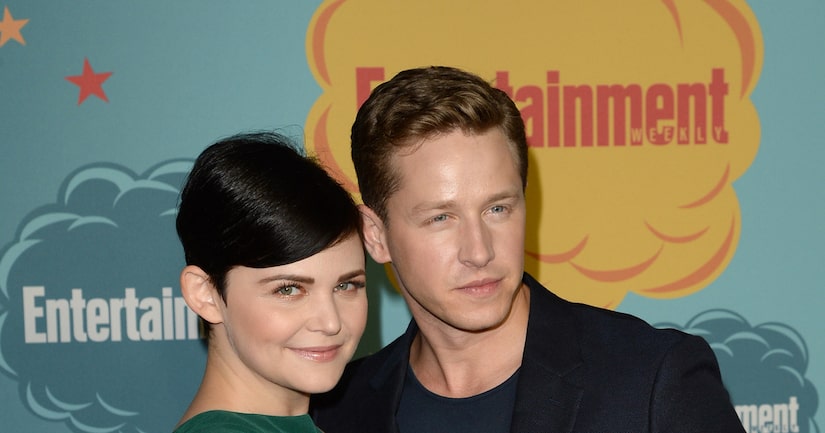 "Once Upon a Time" star Ginnifer Goodwin married her very own Prince Charming, co-star Josh Dallas!

E! News reports the stars of the hit ABC show tied the knot in L.A. on Saturday in a small ceremony with about 30 family and friends. Goodwin, who is also expecting the couple's first child, wore a custom-designed Monique Lhuillier gown.

A source told E!, "Ginnifer and Josh seemed very relaxed and happy. They were surrounded by their nearest and dearest friends and kept it very intimate and simple."

The two met in 2011 on the "Once Upon a Time" set, in which Goodwin plays Snow White and Dallas plays Prince Charming.

They became engaged last October after a year of dating and announced they were adding to their new family in November.

Dallas recently gushed to “Good Morning America,” "We just can't wait to meet it, adding that they're both "so excited" about becoming parents.